Vijay Deverakonda Hero has been recently released by Dear Comrade. The box office has struggled to find the success it deserves, from Critics to mixed reviews. However, even after the film, the ally of the Devarakonda committee is known. Telugu .. Tamil film ‘Hero’ has started a big movie. An interesting storyline was chosen in the context of bike racing. It was reported that some part of Delhi was shot. It was later touted that the output had stopped.

However, it is reported that the alliance is preparing to answer all these questions. Vijay “Hero” did not stop the movie. It is expected to begin again soon. Official details will be revealed to that extent. On the other hand, Vijay Devarakonda is making a movie under the direction of Puri Jagannath. The film will be produced by Puri-Charmi in the submission of Ms. Lavanya. Puri Jagannath, who got on track with Ismart Shankar’s Success, is going to do the movie. Producer Charmi has announced on social media that the project has officially been confirmed. Details of the technicians including the cast will be revealed soon.

Vijay Deverakonda is currently in regular talks at Puri Cave. The Puri Compound seems to be working on making a script that fits Devarakonda. Will the film be completed after the ‘Hero’ project? That sounds like it. 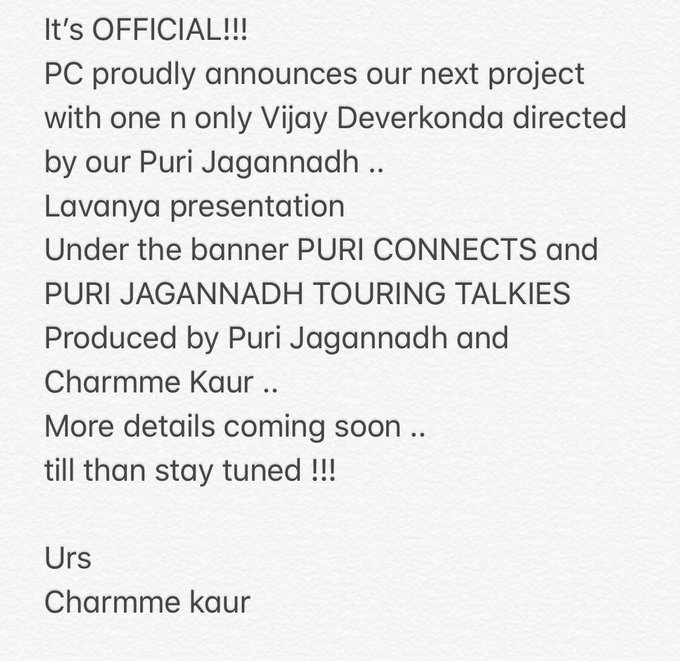