The week was filled with some big-time exciting news. If Nishabdham, Venky Mama, Naga Chaitanya’s Love story get release dates then the trailers of Choosi Choodangaane, Hulchul and Prati Roju Pandaage struck a chord with the audiences. Sai Dharam and Satyaraj’s performance in Prati Roju Pandaage trailer left everyone stunned. On the other hand the news of rebel star Prabhas has made it to the Top 10 list of Sexiest Asian Men of 2019 in an online poll released in London made everyone go awww. Nandamuri Balakrishna’s 106th film director Boyapati Srinu was launched. This was indeed a fun-filled week for us all Tollywood lovers. So let’s take a recap of Tollywood news that kept us all entertained this week.

Nishabdham gets a release date 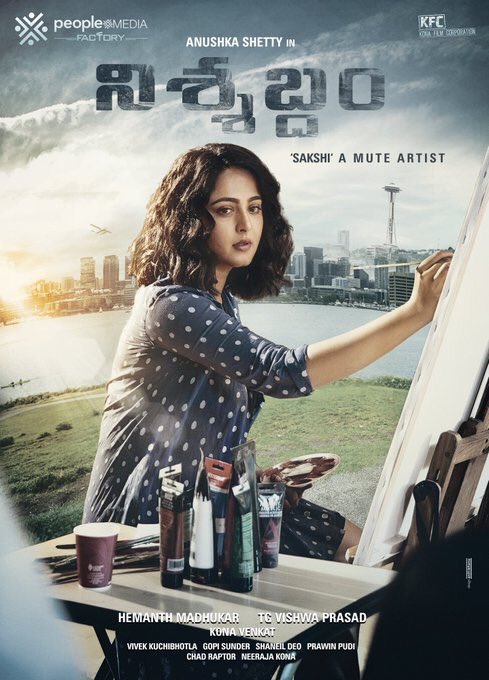 Nishabdham, starring Madhavan and Anushka Shetty in the lead, finally has a release date. Directed by Hemant Madhukar, the multi-lingual film will hit screens on January 31, 2020. The shooting of the movie has been wrapped up in August and post-production is on in full swing. While it was previously reported that Anushka Shetty plays Sakshi, a mute artist and Madhavan is Anthony, a celebrity musician, it has now been revealed that Anjali is Maha, a crime detective from Seattle PD, Michael Madsen is Richard Dickens, a Seattle PD cop, Shalini Pandey is Sonali, voice of Sakshi and Subbaraju is Vivek, a wildlife photographer. Kona Venkat and TG Vishwa Prasad bankroll the movie under the banner Kona Film Corporation in association with People Media Factory.

Venky Mama to hit the theatres on Venkatesh’s birthday The release date of Venkatesh and Naga Chaitanya’s forthcoming multi-starrer Venky Mama has been confirmed. The film will now release on December 13 to coincide Venkatesh’s birthday. Touted to be an emotional comedy-entertainer, Venky Mama is directed by ‘Jai Lava Kusa’ fame KS Ravindra (Bobby). It stars the ravishing Payal Rajput and Raashi Khanna as the leading ladies with an ensemble star cast like Prakash Raj, Sampath Raj, Rao Ramesh and Posani Krishna Murali in pivotal roles. Jointly bankrolled by Suresh Productions and People Media Factory, the music of Venky Mama is composed by S Thaman and Prasad Murella handles the cinematography.

Naga Chaitanya and Sai Pallavi’s film gets a title

For the first time, Naga Chaitanya and Sai Pallavi have teamed up together for a light-hearted entertainer directed by versatile filmmaker Sekhar Kammula. While the shooting of the film is proceeding at a rapid pace, reports say this most-anticipated project has been tentatively titled as Love Story. The movie will hit the marquee on April 2 on the occasion of Valentine’s Day. Tipped to be a romantic drama, Love Story is bankrolled by Narayandas K. Narang and P Rammohan on Sri Venkateshwara Cinemas and will be presented under Sekhar’s Amigos Creations.

Nikhil Siddhartha is all set to team up with Kumari 21 F director Palnati Surya Pratap for his next film which will be jointly bankrolled by Geetha Arts and Sukumar Writings. While versatile director Sukumar will be penning the story and screenplay for the untitled project, Allu Aravind will act as the presenter and Bunny Vasu as the producer. The film is expected to go on floors pretty soon, and the cast & crew will be announced shortly.

Directed by debutante Sesha Sindhu, Choosi Choodangaane stars Pelli Choopulu producer Raj Kandukuri’s son Shiva Kandukuri as the male lead and Varsha Bollamma and Malavika Satheesan as the leading ladies. Touted to be a rom-com, the film showcases the love life of the protagonist in two phases. While Shiva Kandukuri looks impressive in his debut film, Tamil actress Varsha Bollamma steals the show with her ravishing screen-presence. Gopi Sunder has composed music for this flick, while Vedaraman handled the camera. Raviteja Girijala is in charge of editing.

The trailer of Sripathi Karri’s upcoming movie Hulchul, featuring Rudraksh Uthkam and Dhanya Balakrishna has been revealed by the makers recently. Going by the trailer, Hulchul is a liquid that will help dream the life anyone aspires. The protagonist Rudhraksh Utkam consumes Hulchul and dreams of his girlfriend is always with him. At the same time, things become worse when it irks him. Dhanya Balakrishna of Raju Gari Gadhi fame plays the leading lady of the movie. Thota Raju of Arjun Reddy fame has handled the camera for the film, which has music by Hanuman and Bharath. Prawin Pudi edited the flick, which also features Krishnudu, Madhu Nandan, Gemini Suresh, Shanmukh, Jogi Naidu, Ravi Prakash, Priti Nigam, Banda Raghu and others. Hulchul is all set to hit the screens on December 14, 2019.

Starring Sai Dharam Tej and Raashi Khanna as the lead pair, Prati Roju Pandaage showcase the journey of a grandson played by Sai Dharam Tej who takes care of his ailing grandfather by fulfilling all his wishes, desires and dreams before the D-day. Sathyaraj plays the grandfather of Sai Dharam while Rao Rames essays the father of the actor. S Thaman has composed the music of Prati Roju Pandaage, and the film is all set for a release on December 20.

Prabhas has made it to the Top 10 list of Sexiest Asian Men of 2019 in an online poll released in London on Wednesday. While the Rebel Star of Telugu cinema is the only South actor to feature in the list, Bollywood actor Hrithik Roshan has topped the ranking compiled by British newsweekly. After the global reach of Baahubali franchise, Prabhas is no longer a South Indian actor as his popularity has transcended boundaries. At present, the Darling of Tollywood is busy with his forthcoming film tentatively titled as Jaan. The period-drama is set against the backdrop of Europe with Pooja Hegde playing the leading lady.

#NBK106 begins with a formal pooja ceremony today. Glimpses from the launch…

Nandamuri Balakrishna and Boyapati Srinu are back to enthral the masses once again. The shooting of the untitled film is expected to kick-off from January, and the makers are aiming for a summer release. While Miryala Ravinder Reddy bankrolls the big-budget project, S Thaman has been roped in to compose the music.

Directed by Vi Anand of ‘Ekkadiki Pothavu Chinnavada’ fame, the time-travel comedy features Ravi Teja, Nabha Natesh, Payal Rajput and Tanya Hope in the lead roles. Kollywood actor Bobby Simha an antagonist in the movie. The makers of Disco Raja have released the slick and stylish teaser of the film on Friday. According to the teaser, Disco Raja revolves around a medical project rejected by the Indian Council of Medical Research. Ravi Teja will be seen in multiple avatars in the film. Replete with special effects, the cinematography of Disco Raja is handled by Karthik Gattamneni and the music is composed by Thaman.