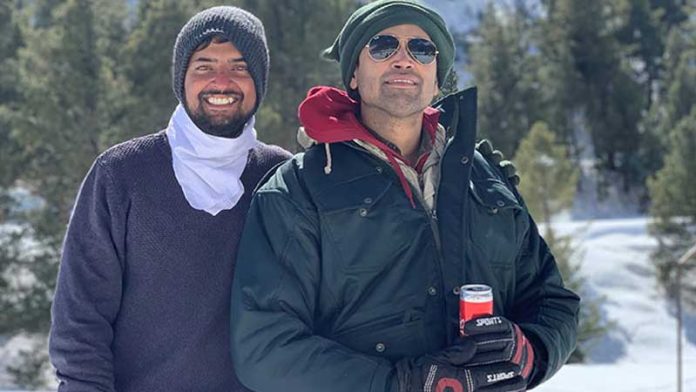 Adivi Sesh’s first Pan India film Major had already completed 80% of its shoot and only small portion of filming is pending. Apparently, Sesh is keen to resume the shoot of his most ambitious project for which he has also penned the script.

The actor revealed that, the film’s shoot will resume in July. The young hero has shared a working still during the shoot of Major in Chitkul along with his producer Sharath and stated, “When we began #MajorTheFilm last year 🙂 #Chitkul was never colder. But brilliant visuals and amazing people led to great memories. Can’t wait to start filming in July. An Epic Story inspired by the life of #MajorSandeepUnnikrishnan 🙂 @SharathWho .”

Sashi Kiran Tikka is directing the movie which is based on the life of Sandeep Unnikrishnan, who helped save lives during the 26/11 terror attacks in Mumbai in 2008. Major is one of the most anticipated films and the teaser got overwhelming response across the country. The video that got record views and won appreciation of all indeed set bar high on the film.

Major is a hot cake in the business circles and the makers have been getting fancy offers for theatrical and other rights. Overseas rights of the movie were sold recently for a whopping price. Major stars Saiee Manjrekar, Sobhita Dhulipala, Prakash Raj, Revathi and Murli Sharma in pivotal roles. The film is produced by Sony Pictures Films India in association with Mahesh Babu’s GMB Entertainment and A+S movies.