Allu Arjun, who took a gap after ‘Na peru surya’, is currently making a film with Trivikram in ‘Ala Vaikunthapuramlo’. The film, which is currently on sets, is set to hit the theaters next year. While there is still time for the release, Bunny is still showing his speed in promotions.

However, the second song teaser, ‘Ramulo Ramula’, which will be released in a few hours, impresses in what range .. Everyone is expecting to compose a beat song for Thaman and Bunny. The song teaser is so much more reach. Song is another record-breaking song, which is accompanied by the visuals. 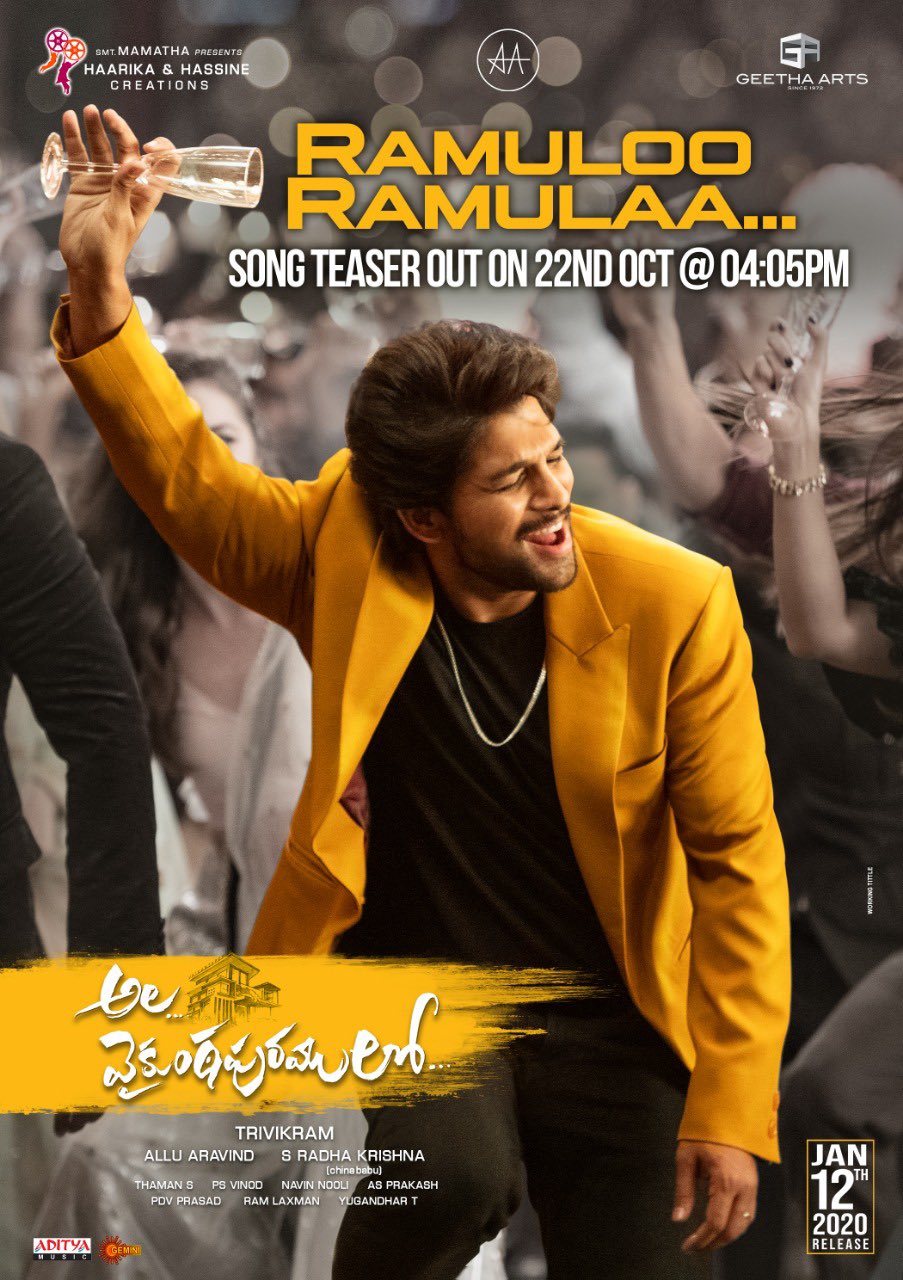