Samajavaragamana, which has S Thaman’s music, Sid Sriram’s voice and Seetharama Sastry’s Lyrics, was released on the YouTube channel of Aditya Music on September 27. This Melodious song, which was an instant with music listeners, crossed 50 million views in 27 days. Several of its cover songs created by the aspiring artistes have also become hit. But the craze for soundtrack does not seem to be dying anytime soon.

Even after 105 days, Samajavaragamana is unstoppable, as it still continues to rage the internet. The song has registered 100,280,971 views, over 1 million likes and 51,994 comments so far. This is the first song from the Telugu film industry to achieve this feat, which has thrilled the makers of the movie, which is slated for its worldwide release on January 12, 2020.

The makers of Ala Vaikunthapurramloo have released two other songs after Samajavaragamana. Both of them have received wonderful response. Its second track Ramuloo Ramulaa has received 77 million, 720 likes and 32,364 comments. Its third song OMG Daddy has received 7,969,541 views, 234,000 and 11,690 comments. 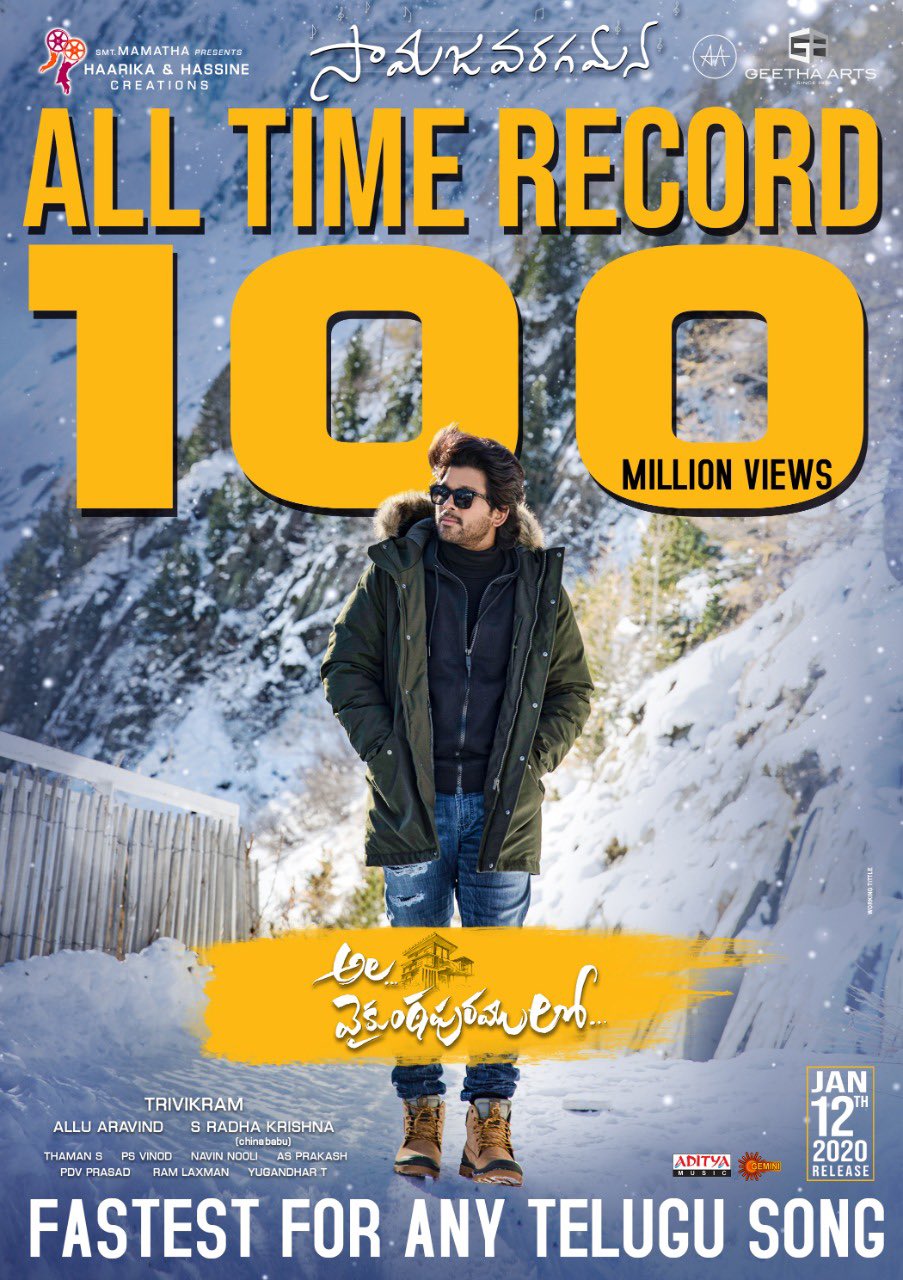