Stylish Star Allu Arjun and ace director Trivikram’s forthcoming family entertainer, Ala Vaikunthapuramlo is progressing at a brisk space. The makers have already announced that the film will be hitting the screens during Sankranti 2020. From the past few weeks, news has been circulating that the film will be released on January 12th but nothing was confirmed by the makers.

Meanwhile, a while ago, Stylish star Allu Arjun has unveiled a new poster of the film through his Instagram handle which has the film’s release date on it. The new poster has Bunny seen in a massy manner holding a  rooster in hand hinting that the film will come and do hungama for the Sankranthi.
Pooja Hegde is the female lead in the film. Ala Vaikunthapuramlo also stars Sushanth, Navdeep, Nivetha Pethuraj in key roles. Geetha Arts and Haarika Haasinin banner are bankrolling the film, jointly. 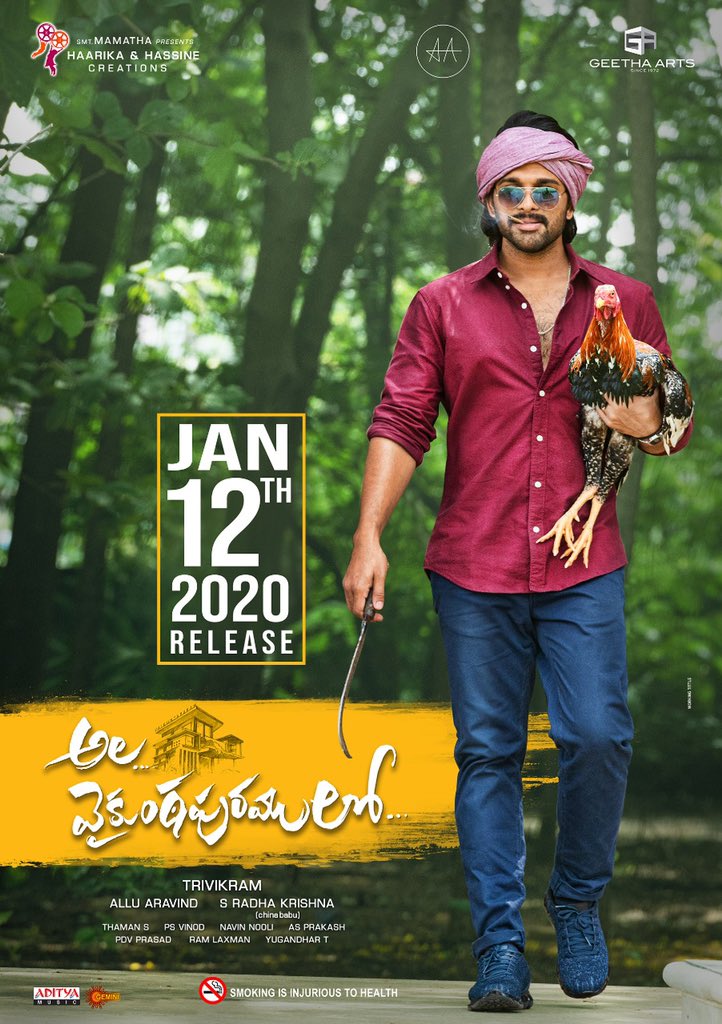