Ravi Teja is having an onscreen romance with RGV Apsara Rani, who is hot with all the beauties . Ravi Teja- Apsara Rani is going to be provoked and spilled in the item song in his latest movie ‘Krack’ . Anxiety among Mass Maharaj fans started when the Krack unit officially announced this. Mass audiences are curious to see Ravi Teja bustle with hot beauty.

The makers shared a pic for the shoot saying that they are shooting an item song all over the floors in the movie Crack, S Thaman reportedly gave a foot-tapping number, whereas Jani master choreographs the mass number. The selfie picture captured by Jani Master sees Ravi Teja and Apsara alongside director Gopichand Malineni and cinematographer GK Vishnu. 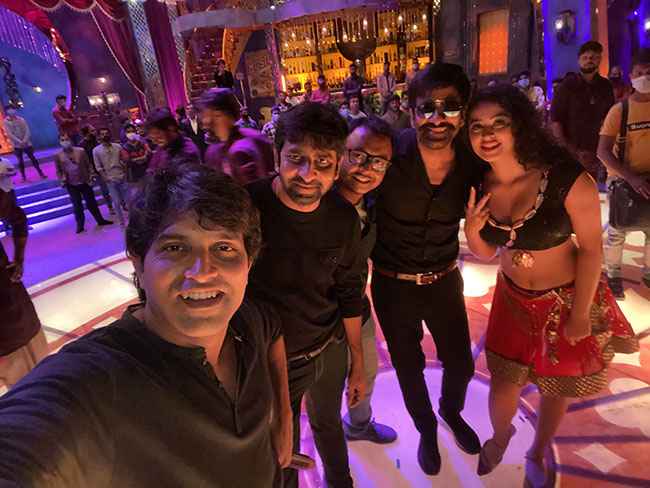