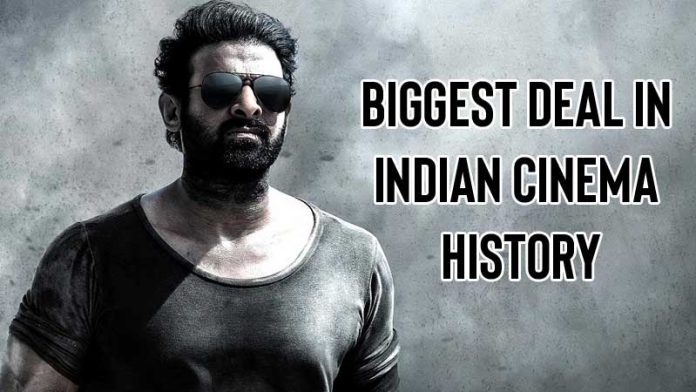 Salaar has huge expectations on the film being made by director Prashant Neel after a big hit like KGF, which is also with a Pan India superstar like Prabhas. That’s why Industry Talk says that big business deals are also coming from now on.

According to the bollywood media, OTT platform has offered over Rs 150 crore in the case of Salaar film rights. If this is true, then there is a chance that this will be the biggest deal in Indian cinema history.

So far this record is in the name of Bollywood superstar Salman Khan. Salman’s movies are doing huge business in Bollywood. Salman also holds the record of grossing over Rs 300 crore with flop movies. we need to wait and see for official confirmation.