Stylish Star Allu Arjun starter Ala Vaikuntapuramlo movie director by Trivikram. Tabu plays an important role in the film and is being paid a whopping remuneration for the same. She is celebrating her birthday today. The makers of Ala Vaikuntapuramlo have unveiled her first look poster from the movie.

Tabu has been the leading actress in several Telugu films. As a character artiste this is her first. In Bollywood she has done several films in supporting role. She is being paid more than the leading lady Pooja Hegde in this film. 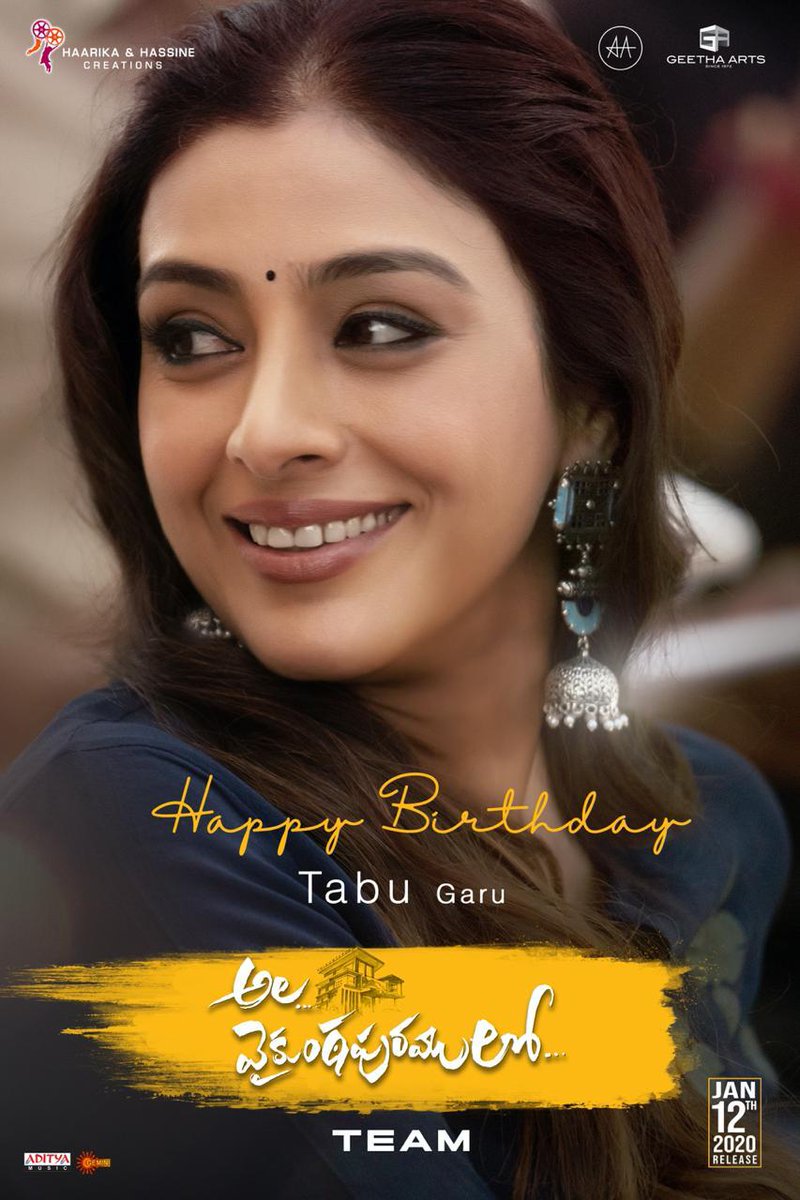 The two films that come out in the Bunny-Trivikram combination are musical hits. Now there are predictions that the same feat will be repeated for the hat trick movie. With Super Music Plus Brilliant Visuals, the box office is sure to shake up once again.