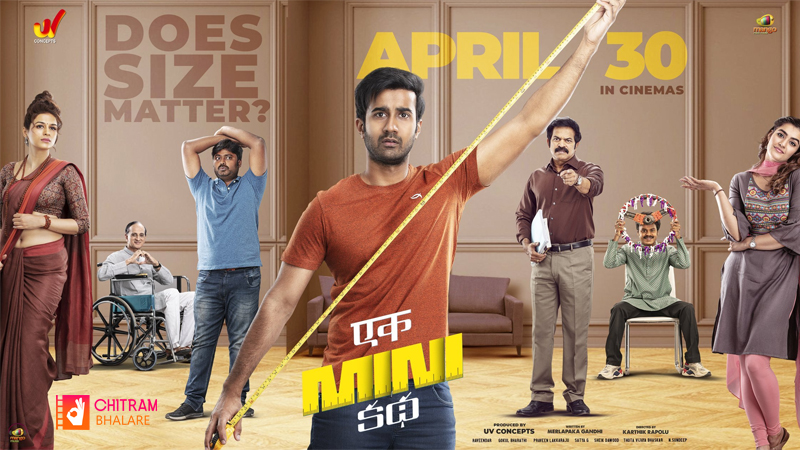 Debutant Karthik Rapolu has directed Ek Mini Katha and it is jointly produced by UV Concepts in association with Mango Mass Media whereas the film has the music by Pravin Lakkaraju. Gokul Bharathi is taking care of cinematography department and it has editing by Satya G.

Merlapaka Gandhi, a well-known director who directed successful films like Express Raja and Venkatadri Express, narrated the story. The first lyrical song, Ee Maya Lo from Ek Mini Katha was a massive hit when it was released. It has certainly raised the expectations of the movie lovers.