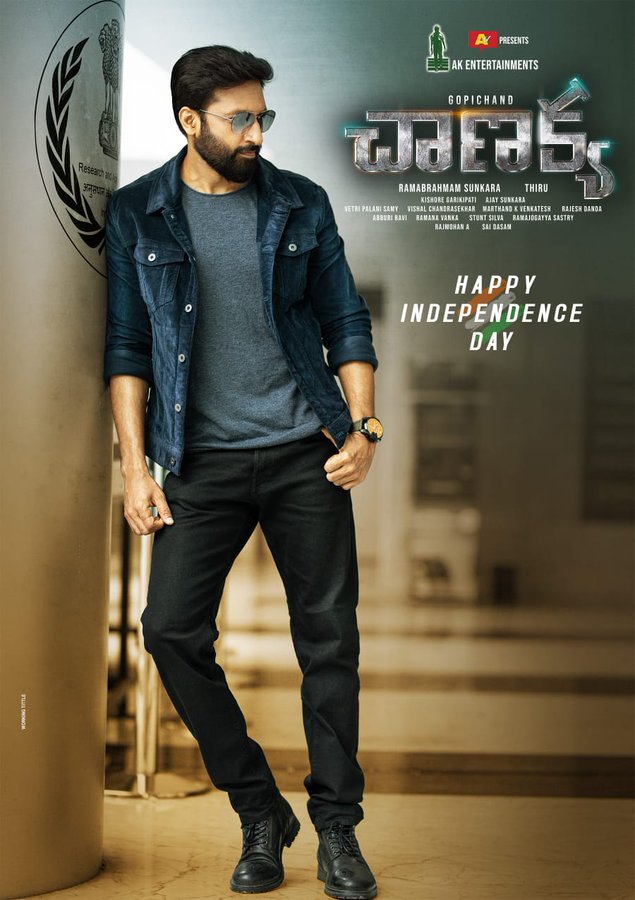 Gopichand is a care of address for action movies, is currently seen in a spy thriller called ‘Chanakya’. The first look of ‘Chanakya’ was released on the occasion of Gopichand’s birthday in June. Another poster of ‘Chanakya’ Team has released today during Independence Day. In this poster, Gopichand t-shirt .. Denim shirt with black pants paired with a stylish look. Wearing eyeglasses in a beard look looks super handsome. In this poster, the audience wishes the Independence Day. The shooting of the film is almost completed and we are trying to finalize the film release date soon. Promotions may also start depending on the release date.

Gopichand’s success of this film at the box office is a unit member’s confidant. Mehreen Kaur is playing the female lead opposite Gopichand in the movie. Vishal Chandrasekhar is composing the music for the film. Vetri is the cinematographer for this movie. AK Entertainments ramabrahmam banner is producing this film. Tamil director Thiru is directing the film.