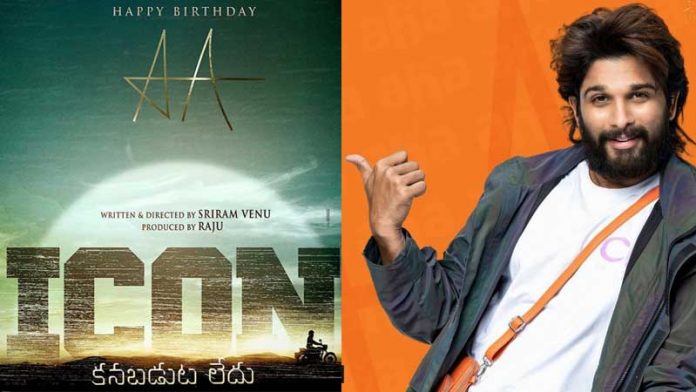 It is known that stylish star Allu Arjun has been promoted as an icon star. Allu Arjun currently busy with Pushpa part 1 shooting will director by Sukumar. Rashmika Mandanna lead role. He is expected to complete the pending shoot next month and focus entirely on the his next ICON film script.

According to the latest information .. Allu Arjun is currently actively participating in scripting sessions. Sriram Venu- Dil Raju team are in the process of locking the final script. Their plan is to make Icon a next level pan-India movie.

It also seems that the final script will be locked very soon. Once the script is finalized, the film shoot will start immediately. The technicians, including the key cast, are finalized once script locked. more details soon