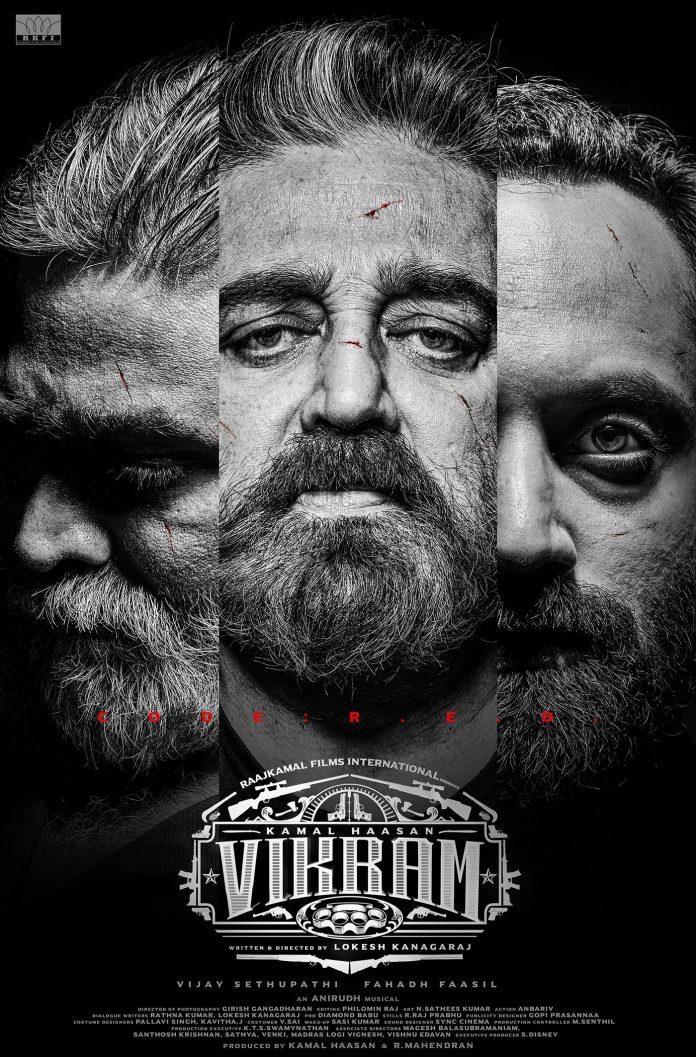 Today the makers of Vikram released first look post of Kamal Haasan, Vijay Sethupathi, Fahadh Faasil Vikram is out. Director Lokesh Kanakaraj, who has received a series of blockbusters like ‘Khaidi’ and ‘Master’, is directing this action thriller.

Kamal is producing the film under the banner of Raj Kamal Films International. The title and first glimpses of the film, which is being made on a massive scale, received a special response. Lokesh Kanagaraj surprised the hat-trick blockbuster confirmation by showing the intense looks of the three star heroes in a single frame.

The ‘Vikram’ first look poster is designed to show the faces of Kamal – Sethupathi – Fahad in three angles in black and white background. As reported earlier, Vikram is not a sequel to the film of the same name. Apart from Kamal Haasan, Narain and Vijay Sethupathi have been roped in to play lead roles in the film.