Mahanati fame Keerthy Suresh next debut with a Tamil film Saani Kaayidham first look and title poster released yesterday. Tamil filmmaker Selva raghavan had announced this Saani Kaayidham movie and music by Yuvan Shankar Raja. the film is said to be an intense crime thriller. Selva Raghavan is also in the poster and says wow to the Tamil audience as well.

Both Selvaraghavan and Keerthy Suresh are seen in notorious criminal avatars. Keerthy Suresh de Glamor sits on his legs in a saree and has arms in front of him. With the first look the expectations on the movie have increased tremendously. Being directed by Arun Matheswaran, Saani Kaayidham is produced under Screen Scene Media Entertainment Pvt.Ltd banner.

Meanwhile, keerthy Suresh is appearing in commercial romantic roles as a pair of heroes on the one hand and giving the green signal to lady oriented films on the other. keerthy is part of Mahesh Babu next movie Sarkaru Vaari paata and Nithiin Rang De movies. 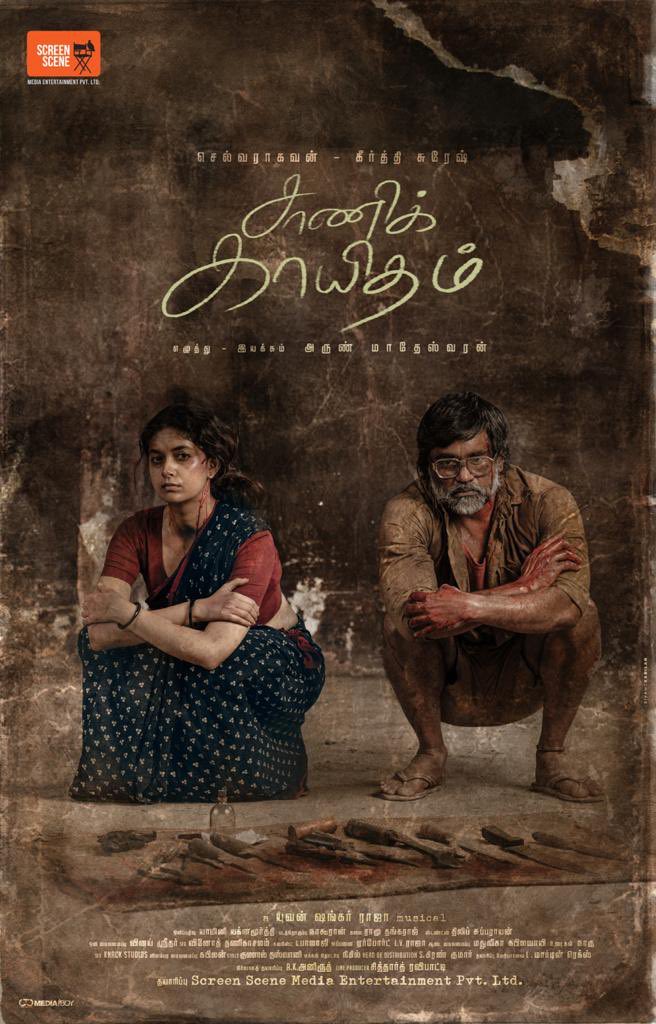