Popular fight masters Ram-Lakshman duo is on board to choreograph stunts for the film which will be high on action. The makers have roped in another fight-master duo Anbu-Arivu who worked for some high voltage action thrillers like KGF, Khaidi, With a total of four fight masters working for the film, Khiladi is going to be an action extravaganza.

A massive jail set is erected in Hyderabad where important sequences are being shot. Ravi Teja is also taking part in the shoot. The jail episodes and particularly the action sequences under Anbu-Arivu will be the biggest attraction. in fact, jail episodes are a very crucial part of the film. 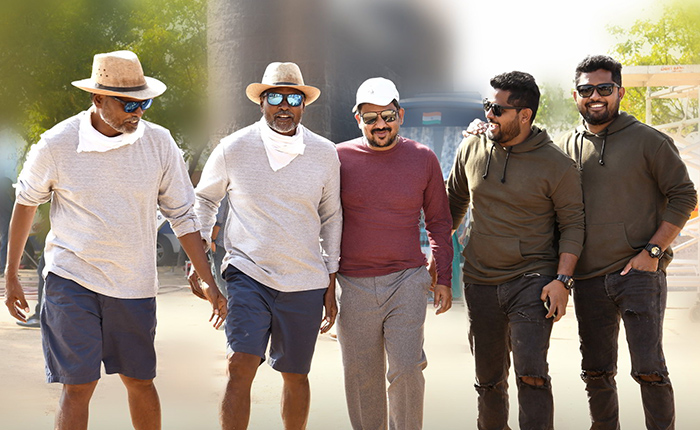 Meenakshi Chaudhary is the leading lady opposite Ravi Teja and Dimple Hayathi will be seen as the second heroine. Ramesh Varma is taking extreme care and is making Khiladi with high standard technical values. He has got a perfect team of technicians such as the in-form composer Devi Sri Prasad rendering soundtracks while Sujit Vaasudev of Lucifer fame cranking the camera.