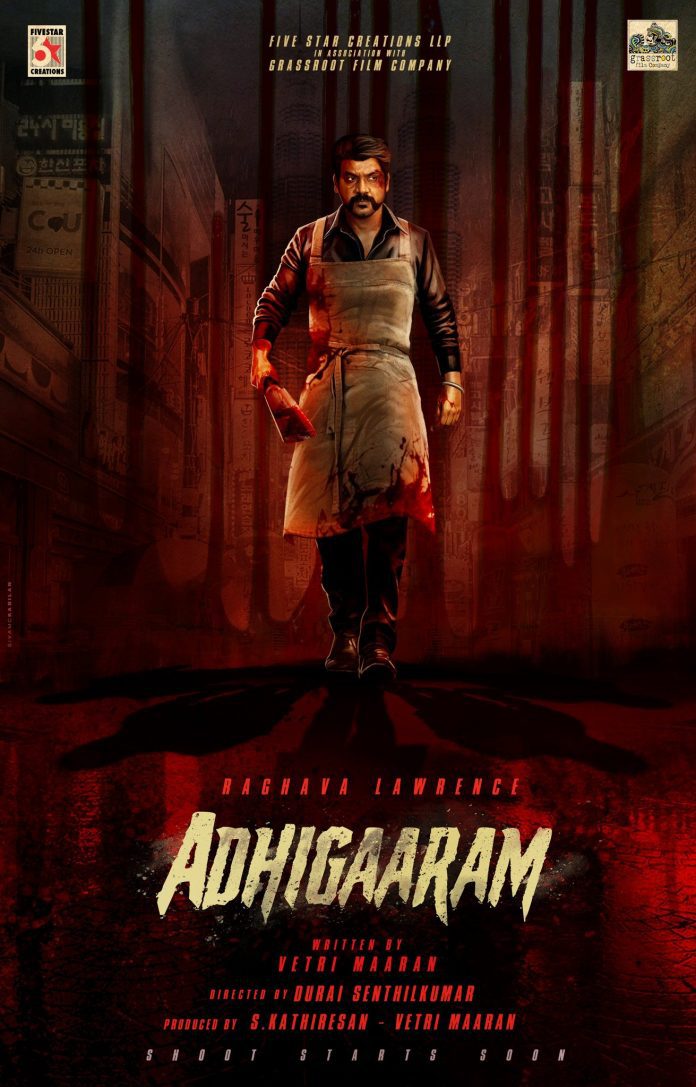 Raghava Lawrence, who started his career as a dance master, is also well known as a director and a hero. Lawrence Raghavendra has signed his first pan-India film. Titled Adhigaaram, Dhanush’s ‘Asuran’ National award-winning Vetrimaaran is providing the script for this film.

Lawrence will play the lead role in ‘Adhigaaram’ and the motion poster is unveiled along with the announcement. Durai Senthil kumar is the director. who directed Dhanush’s Kodi and Pattaas. The film’s shooting will commence very soon.

The motion poster shows Lawrence in an apron and holding a knife and both have blood marks. It is understood that Raghava is playing a similar role for the first time in his career. Also it seems that Vetri Maran is coming up with as strong content as the previous films.