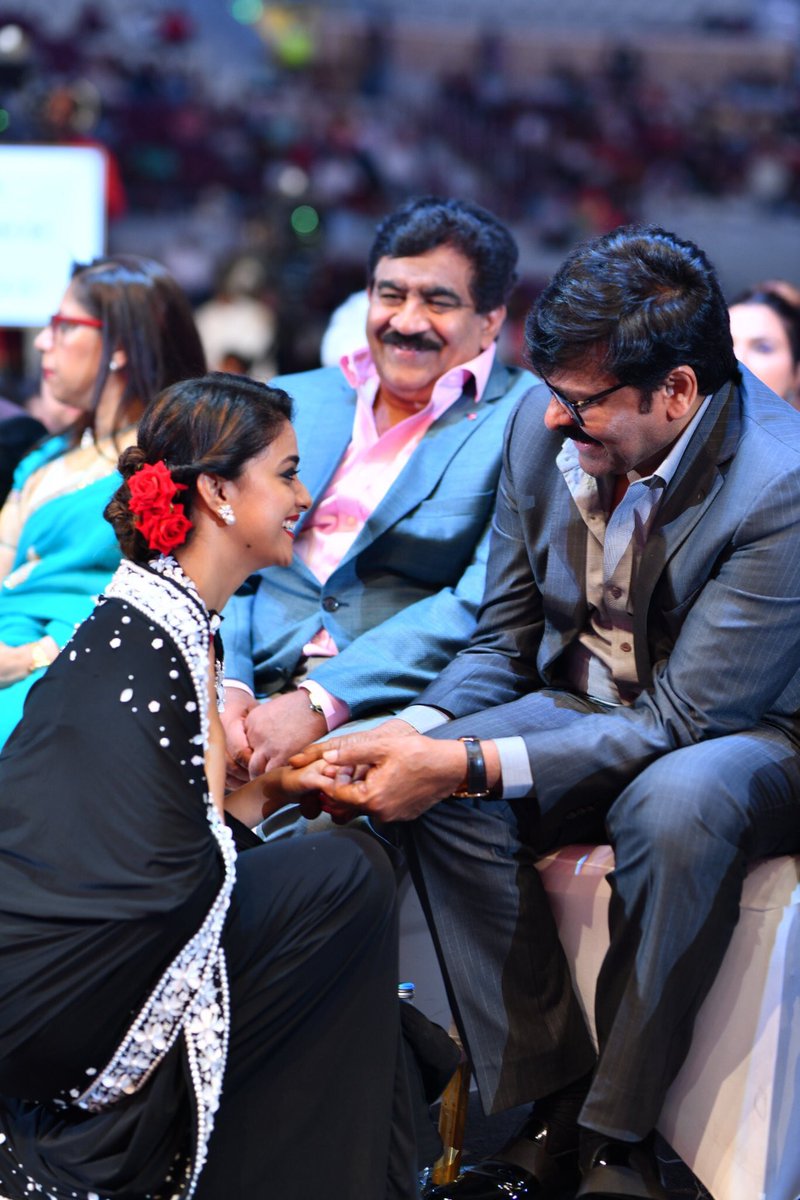 The Saima Awards Ceremony is being held in Qatar. It is no exaggeration to see two stars from Tollywood to Sandalwood. Once again, the megastar Chiranjeevi was a special attraction for the blind. Especially when some heroines are celebrating as a child and competing to share a few moments with a smile is the real highlight.

The photo of Mahanati fame Keerthy Suresh is now going viral. The photo of Keerthy speaking to him while sitting on his knee while honoring him in a chair is a source of excitement to both fans. Mega bonding with Keerthy Suresh is not today. Menaka was a Tamil top heroine in punnami nagu, who made a very big name in the negative role early in her career. After that the combo was not possible again but the memories of the film remain so. This is why Menaka and Keerthy is a special favorite to megastar chiranjeevi. Keerthy suresh also act with her mother and when it comes to chiranjeevi talking about keerthy no bounders for her happiness..