Huge films produced in Hollywood are translated and released in many languages ​​around the world. They also have Indian languages. This has been going on for many years. However, the dubbing of English films that was once translated into Telugu seems to be very hollow. There are many jokes about it. Huge films such as ‘Terminator’, ‘Jurassic Park’ and ‘Spider-Man’ would be embarrassing to watch in Telugu.

But, now that is not the case. There are many precautions in the case of dubbing. ‘Avengers: Endgame’ and ‘The Lion King’ are examples of this. Dubbed with stars like Nani, Rana, Brahmanandam and Ali in ‘The Lion King’. The voice they gave to the characters was very well received. Also, special attention has been paid to the ‘Frozen 2’ film produced by the now famous Hollywood production company Walt Disney Animation Studios.

Disney’s previously produced ‘Frozen’ 3D Animated Movie has become a blockbuster. Now a sequel to this is Frozen 2. The film is being released in English, Hindi, Telugu and Tamil on November 22. However, the film’s main character, Elsa, has been dubbed by superstar Mahesh Babu Daughter Sitara.

Her mother, Namrata Shirodkar, responded to Sithara dubbing for Younger Elsa. ” Sitara grew up watching ‘Frozen’. Since then, Elsa’s character means a lot to her. Young’s love for the movie grew as she gave her voice to Elsa. This is a movie for every girl. It is no different. Thanks to Disney for giving Sitara such a wonderful opportunity. Sithara is very happy to be a part of the Telugu version of the film. Namrata said that she really enjoyed giving voice to her favorite character. 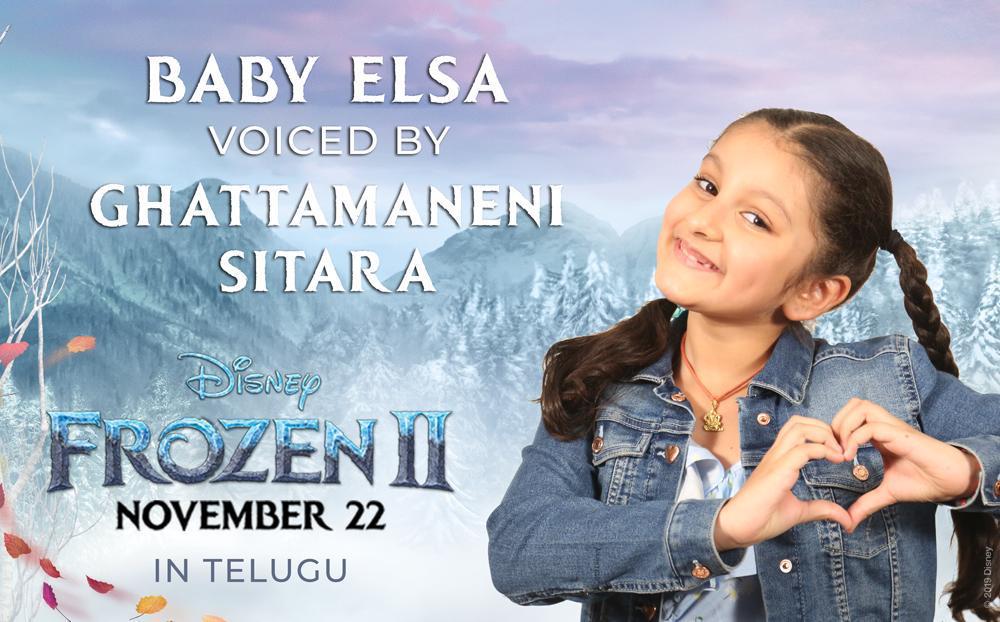