“Meeku Matrame Chepta” is the first film to be produced on the banner of King of the Hill Entertainment, a production company founded by sensational star Vijay Devarakonda. Director Tarun Bhaskar, who introduced himself as a hero, is now introducing Vijay Deverakonda as the hero. Anasuya Bharadwaj played a key role. The film completed its censor program on Monday. Censor members issued a U / A certificate without any cuts.

Censor Done.
4 days to go for a LOL time!#MeekuMaathrameCheptha
From Nov 1st. pic.twitter.com/00EAi92Ap5

Directed by Shamir Sultan, the film is slated to hit the audience on November 1. The cinema unit has revealed that the censor members have seen the film and congratulated the team. the film has created attention in the industry as well as in audiences. Vijay Deverakonda’s promotional video song ‘Nuvve Hero’ got a good resonance along with a teaser and trailer.

Meanwhile, producer Vijay Deverakonda said as he completed his film censor. The first movie ‘Meeku Matrame Chepta’ is very special for us who are into film making. King of the Hill Entertainment has always been there to promote new ideas. We are confident that the film will connect with the youth. As an out-and-out fun entertainer. 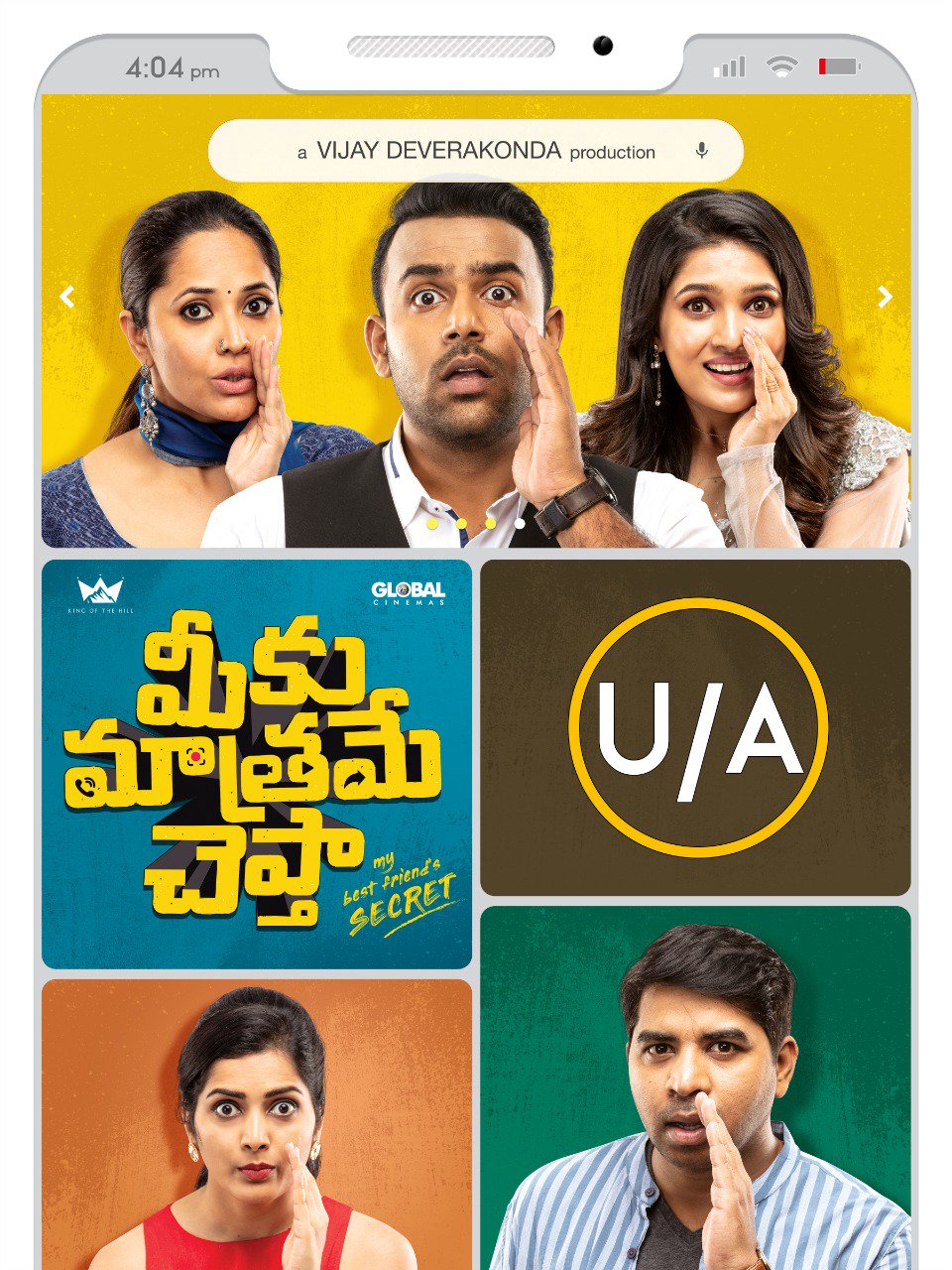