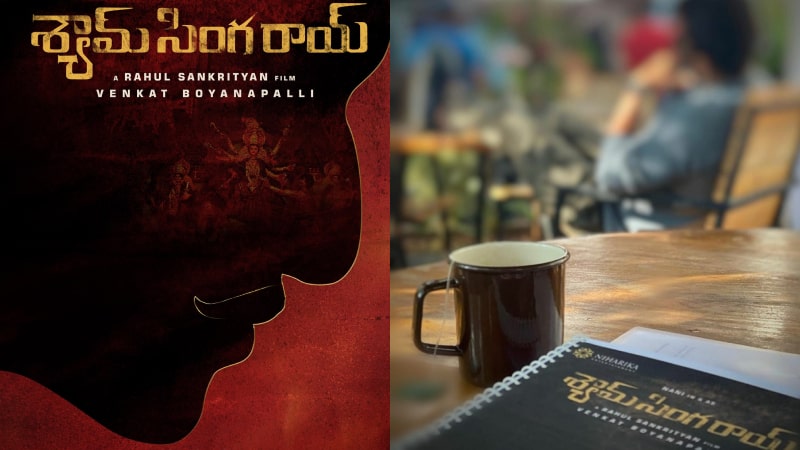 Actor Nani has kick-started shooting of his ambitious project Shyam Singha Roy, this morning in Hyderabad. Nani shared post on his instagram and wrote “Calm before the storm,” and shared a picture of the film’s script from the location. Shyam Singha Roy is being mounted on a huge budget of over Rs 40 crores. This is Nani’s most expensive film till date.

Nani alrady announced that Sai Pallavi and Krithy Shetty are the heroines of his upcoming film, Shyam Singha Roy, direction of Rahul Sankrityan of Taxiwala fame. We had already revealed that the film will be produced by Venkat Boyanappaly. The entire film is expected to be wrapped up by early summer next year.

Nani is currently busy with the shooting of his upcoming film, Tuck Jagadish. Recently, he took to Twitter to share a still from the film sets and announced that he had resumed the shoot after seven months. Due to the novel coronavirus pandemic, the shooting of Tuck Jagadish had to be put on hold.