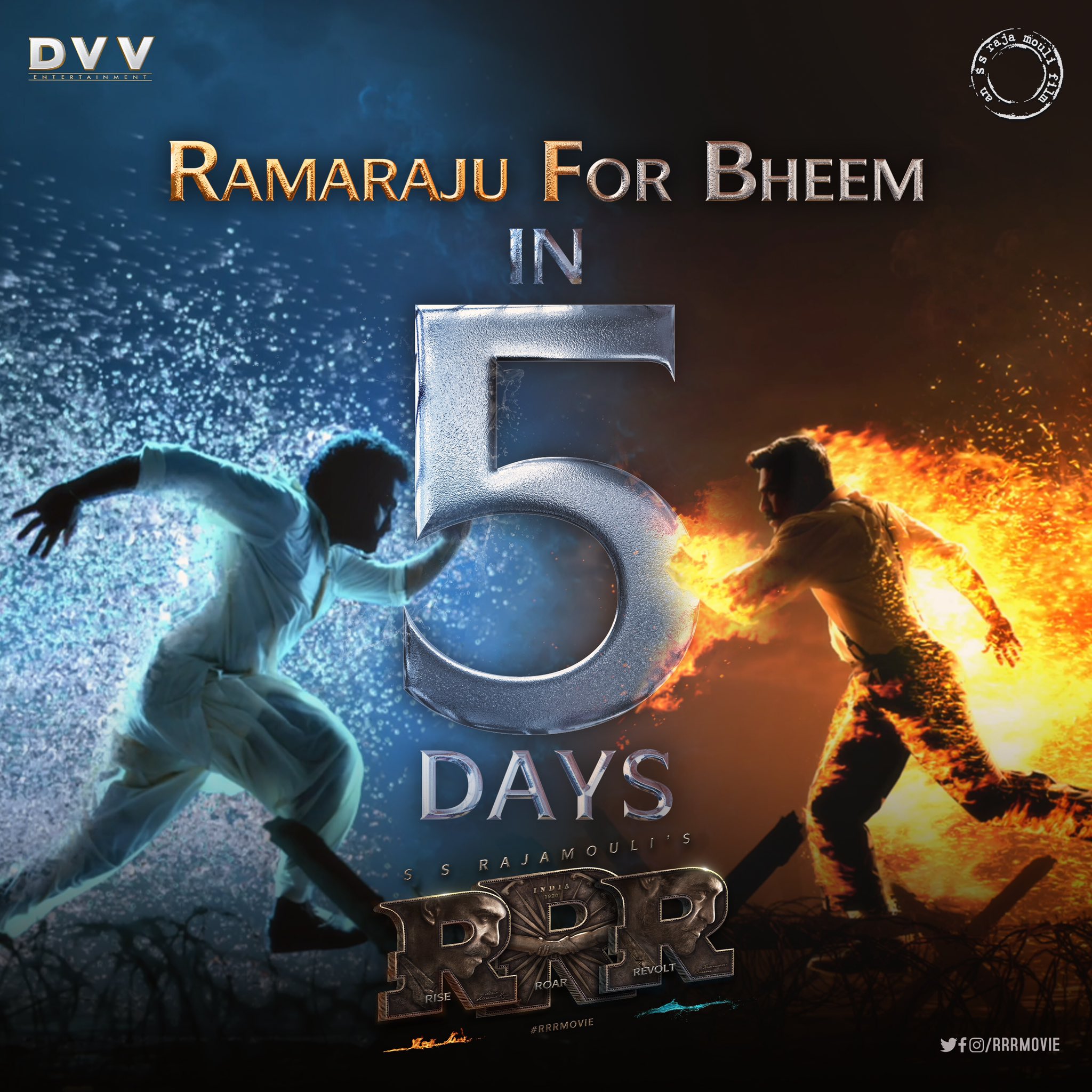 Young Tiger NTR – Mega power star Ram Charan starring in the massive multistarrer RRR directed by Rajamouli, Charan will be playing ‘Roudram’ as ‘Alluri Sitaramaraju’ while NTR will be showing ‘Rudhiram’ as ‘Komaram Bheem’ Shooting for the film, which was halted due to Corona, has resumed and is in full swing.

It is learned that a special video titled ‘Bheem for Rama Raju’ has been released on the occasion of Ram charan birthday. The makers have recently announced that a special teaser for Tarak will be released on October 22 in this regard. The makers have recently released a new poster revealing that the ‘Ramaraju for Bheem’ video is coming in another five days.

In this poster released by the ‘RRR’ team called ‘Inching Closer’ in the NTR waters .. Charan is seen running in the fire. All in all, Tarak will be giving a jakkanna treat in another five days to the fans who have been eagerly waiting for the update for a few months. The film stars Irish beauty Olivia Morris opposite NTR and Bollywood beauty Alia Bhatt opposite Charan. Ajay Devgn – Shriya Sharan – Samudrakhani – Alison Doody – Ray Stevenson are playing other important roles in this movie which is being screened at Pan India level. MM While Keeravani is providing the music .. Senthil Kumar is acting as the cinematographer. DVV Danayya is producing the film with a huge budget under the DVV Entertainments banner.

RAMARAJU FOR BHEEM in 5 Days pic.twitter.com/AtTbszr3yY