Talented actress Nithya Menen is lending her voice for the character of Elsa in the upcoming Telugu version of ‘Frozen 2’. previously In the Telugu version of ‘Lion King’, natural star Nani gave his voice for the character Simba while Brahmanadam and Ali dubbed for Timon and Pumba respectively. This helped a lot in increasing its reach. Similarly, Venkatesh and Varun Tej dubbed for the roles Genie and Aladdin respectively in ‘Aladdin’.

Frozen 2 is just a few weeks away from its official release and we can’t seem to contain our excitement. From seeing Elsa in an all-new warrior avatar to some of the biggest names such as Priyanka Chopra Jonas and Parineeti Chopra associated with the movie in Hindi. In order to conquer the regional market, they are roping in our stars to lend voices to the main roles in their films. Hollywood is slowly setting its foot in the regional market too. 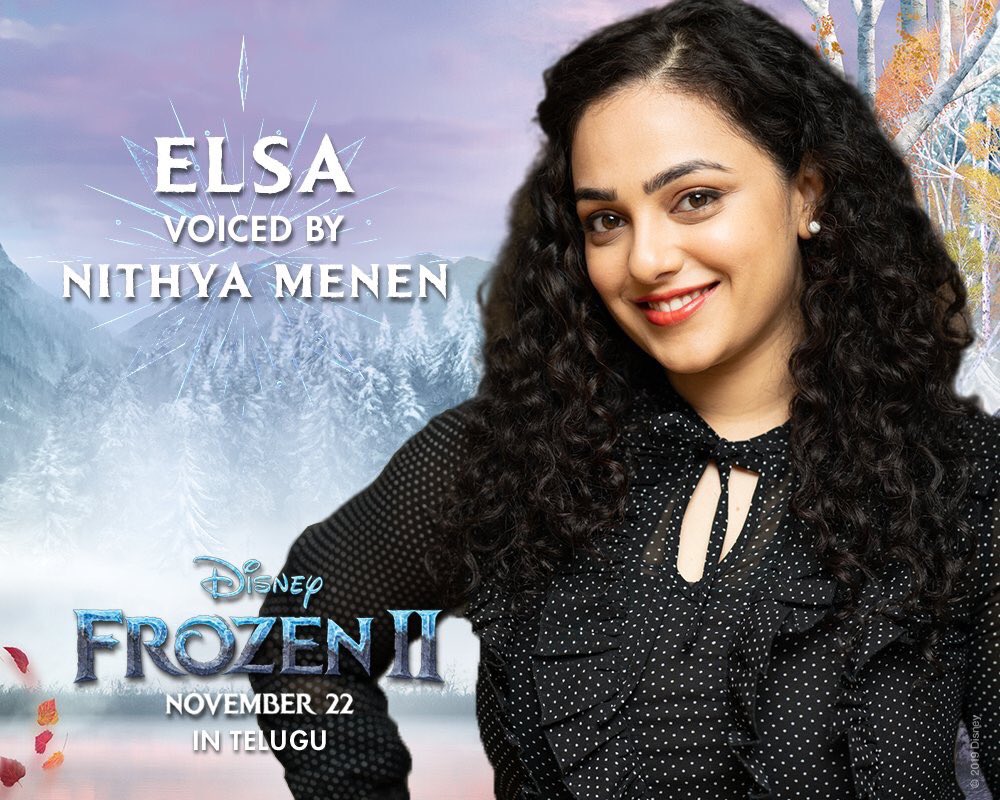