Pathan Review : Story: The film is a sequel to Ash Raj Films’ spy thrillers Tiger Zinda Hai and War.. A retired military officer Pathan (Shah Rukh Khan) comes to know about nemesis Jim’s (John Abraham) bomb blasts in India and steps into the field to stop him.. Pathan The story is how he faced Jim..how he finally stopped his games and saved this country.

Performances: Shah Rukh Khan appears to be in fit for these roles given his eight-pack abs. The most engaging elements of the movie are his captivating on-screen persona and dialog delivery. He can pull off action stunts because of his incredible agility. His friendship with Salman Khan, who makes a brief cameo in the movie, is another highlight.

Both the glamorous display and the action feats are areas in which Deepika Padukone shines. She has a substantial role and does numerous action stunts with Shah Rukh Khan.

The renegade agent John Abrahm is fascinating. He possesses a magnetic presence. As a boss, Dimple Kapadia is in the cast. 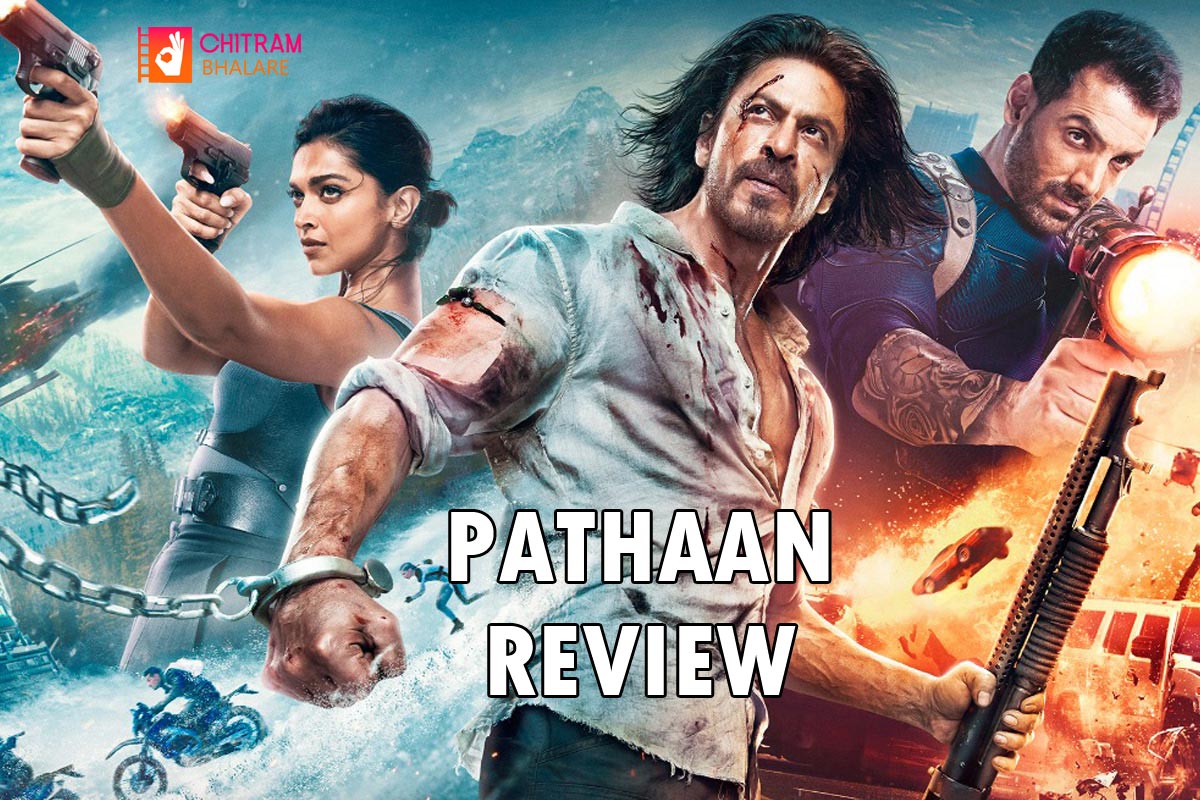 Analysis: In terms of story, it is very routine..We should not expect stories from director Siddharth Anand..We should expect action from him..If we look at it this way, this movie is a feast for action movie lovers.

The majority of the first act of the movie is devoted to setting up the villain, the hero’s quest, and Deepika Padukone and SRK’s romance. The movie begins after the intermission. The action resumes immediately after the break with a shocking “Pathaan meets Tiger” scene. A entertaining episode results from the on-screen chemistry between Salman Khan and Shah Rukh Khan.

There are several thrilling and visually amazing action scenes in the second half. Although the lack of reason and explanation is disheartening, the thrills make up for it.

This movie is like a festival for action movie lovers.. Shah Rukh Khan fans who wanted to see a hit from a long time can think that their wish has been fulfilled after this movie.