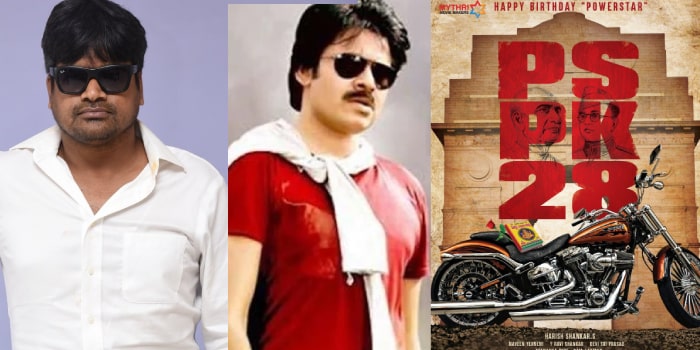 pspk28 first look: Pawan Kalyan is celebrating his 49th birthday today and on this special day, the first-look poster of his upcoming film tentatively titled PSPK 28 with director Harish Shankar was unveiled. The poster has the caption, “This time it’s not just entertainment,” which indicates that the film will be a commercial entertainer with a social message. The first-look poster has a photo of India Gate with Subhash Chandra Bose and Sardar Vallabhai Patel on it.

Harish Shankar and Pawan Kalyan have earlier worked together in Gabbar Singh, which was a massive success. The film, which released in 2012, remains one of the top-grossing Telugu films of all time. The duo is joining hands for the second time for PSPK 28.