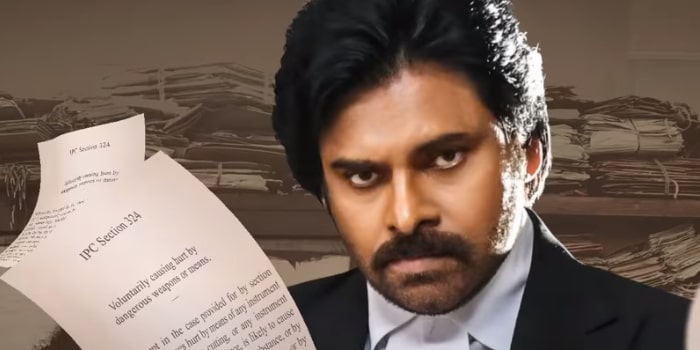 Showing great personalities like Gandhi and Ambedkar in this motion poster .. Pawan Kalyan gave a serious look at Lawyer Getup. Holding a criminal law book in his hand and holding a stick in his hand, lawyer Saab says that he is not ready to break the joints of criminals. Satyameva Jayate in the background of the motion poster has given more hype to the motion poster.

The film is being co-produced by Dil Raju and Bonnie Kapoor under the banner of Sri Venkateswara. While Venu Sriram is directing .. Thaman is providing the music. Pawan Kalyan is going to appear as a lawyer in this movie .. Nivetha Thomas, Anjali and Ananya are acting as heroines.