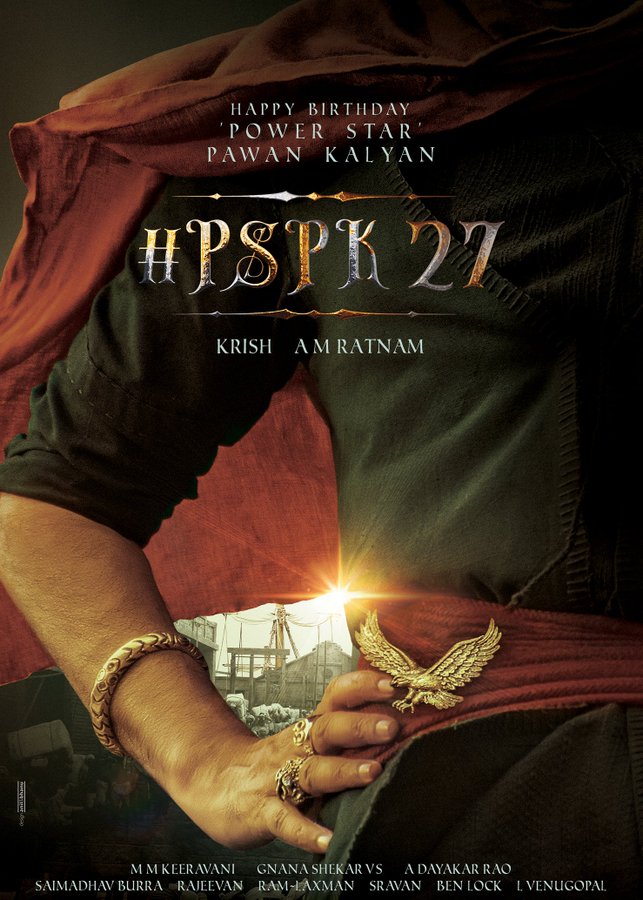 Krish has teamed up with Pawan Kalyan for a mega-budget period film, tentatively called, PSPK 27. The movie was launched this year and is set in pre-independent India and reportedly, will be released in Hindi as well. However, there is no official word regarding the same. Director Krish, who released the first look on the occasion of Pawan Kalyan’s birthday, has released this pre-look poster that looks like a lasting success..

Pawan got hype on the movie with the latest poster. Pawan Kalyan has released this preview without revealing his face with rings, hand cadmium and gravitational toy. Pawan Getup .. Looking at all the background setup .. It seems that Krish is going to show Pawan Kalyan as a war hero once again with a periodic story line. MM Keeravani is composing the music while AM ​​Ratnam is producing the film under the banner of Mega Surya Productions.

The shooting of PSPK 27 will go on floors after Krish wraps up his new film with Vaishnav Tej and Rakul Preet Singh.