Prabhas Nails Modern Lover Boy Image as Vikramaditya in New ‘Radhe Shyam’ Poster. In what could be considered as a special treat to Prabhas’s fans and followers, the makers of Radhe Shyam, Gopikrishna Movies and UV Creations have unveiled a new poster of the film today. 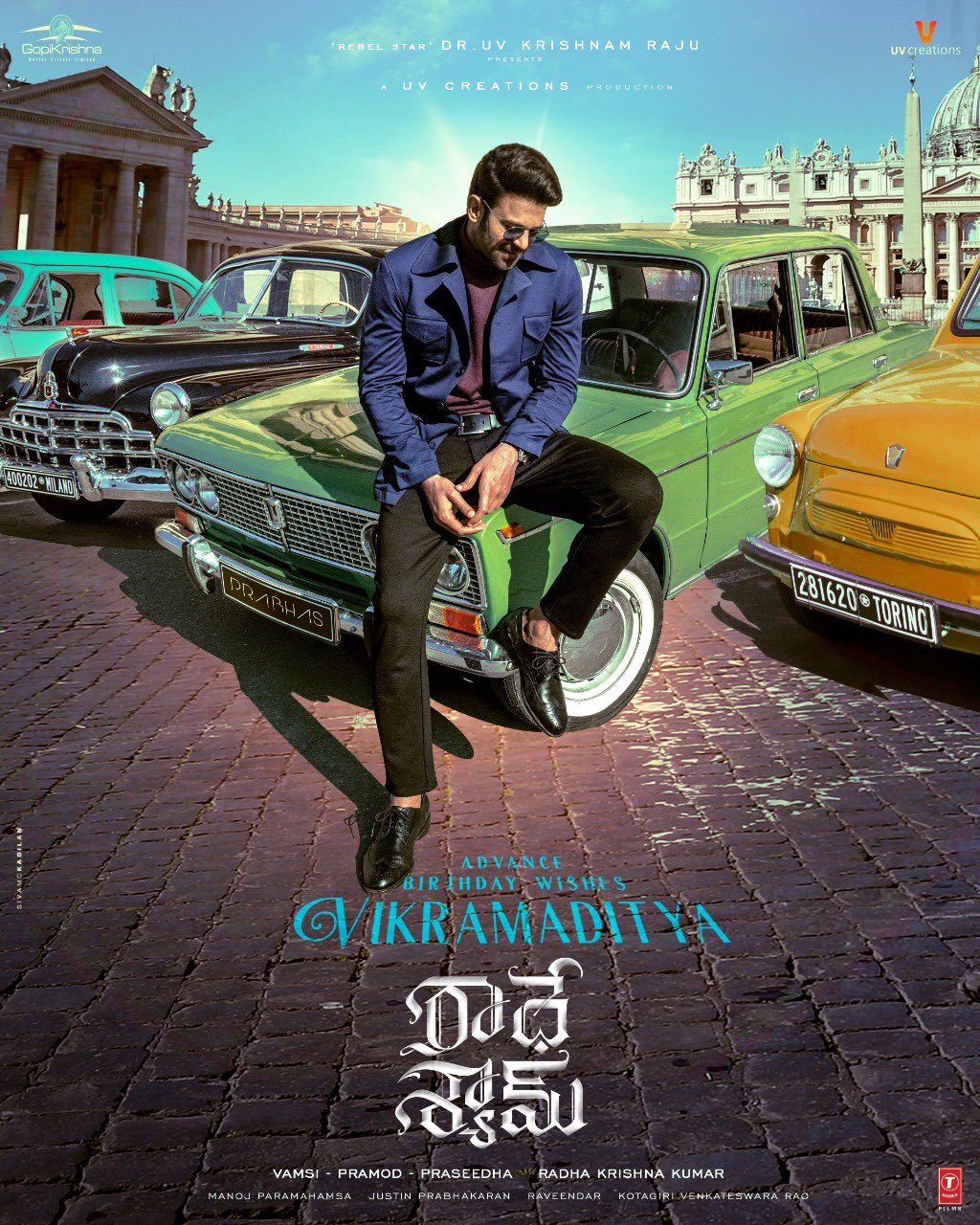 The motion poster of the film with the name ‘Beats of Radhe Shyam’ will be releasing tomorrow, October 23rd on the occasion of Prabhas’s birthday and the makers have provided his fans with a big surprise today by releasing a new poster. Prabhas nails the stylish look as he looks really handsome and is at his mesmerizing best in the poster. With Italian vintage architecture in the background, Prabhas is seen in a blue blazer, seated on a vintage car. This poster takes the expectations on the film to a new level.

Prabhas has attained pan-India stardom with Baahubali duology and the anticipation around Radhe Shyam is sky-high. ‘JIL’ fame Radha Krishna Kumar is directing Radhe Shyam which has Prabhas and Pooja Hegde in the lead roles. “Rebel Star” Dr UV Krishnam Raju garu is presenting this film while Vamsi, Pramod, and Praseeda are producing it under Gopikrishna Movies and UV Creations banner. 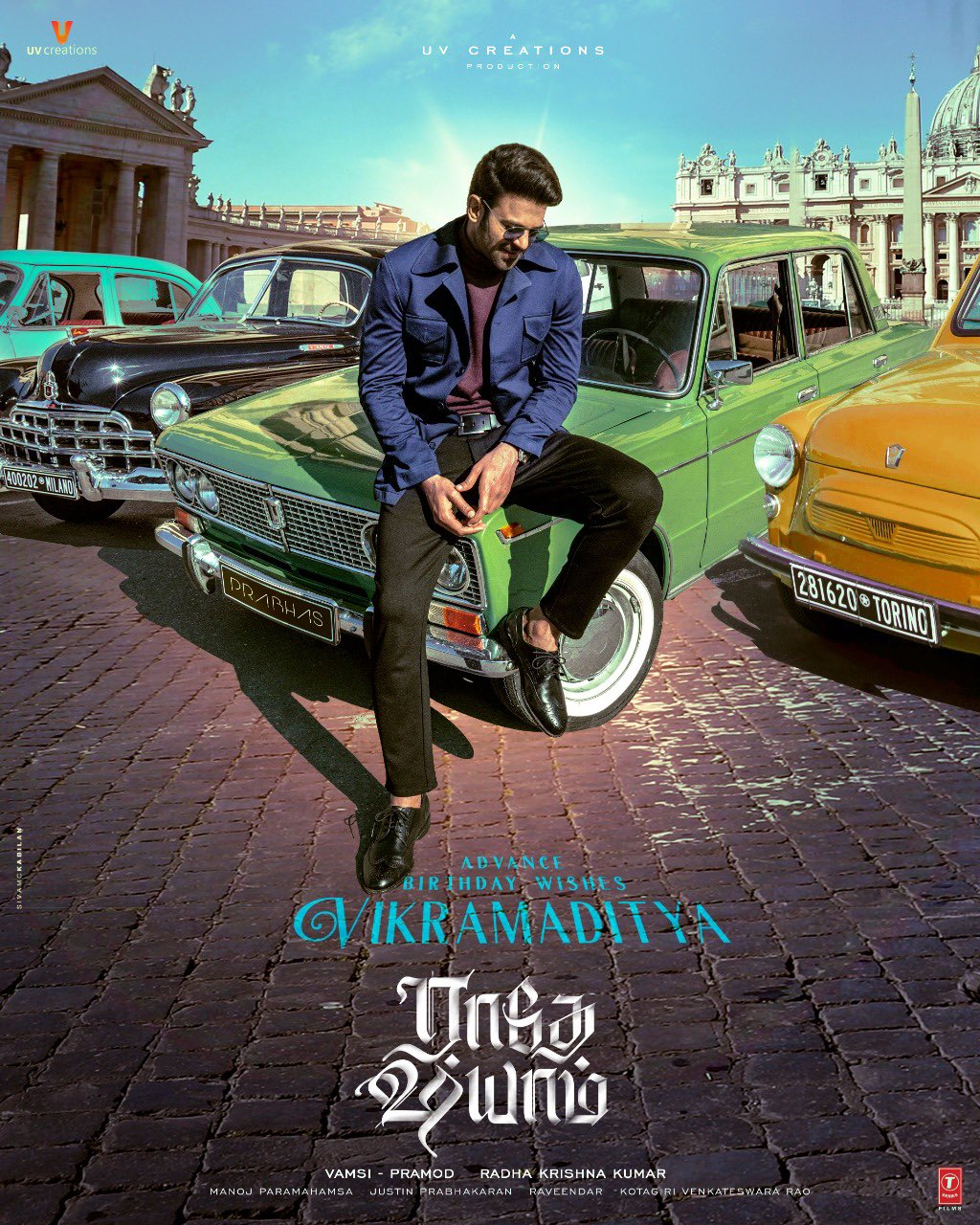 Noted music director Justin Prabhakaran has been roped in to compose the music for the film in Telugu, Tamil, Kannada, and Malayalam languages. Radhe Shyam is one of the most anticipated pan-India films. The Prabhas starrer will be releasing in Telugu, Tamil, Malayalam, Hindi, and Kannada languages.