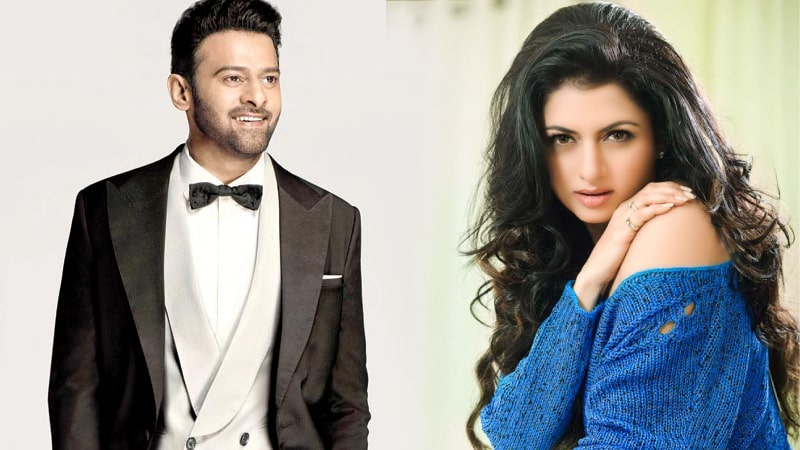 It’s known that Bhagyashree is playing Prabhas’ mother in ‘Radhe Shyam’. The yesteryear Bollywood actress has shared an interesting anecdote involving the Prabhas. Bhagyashree, who introduced Salman Khan to the industry with his romantic movie ‘Maine Pyar Kiya’, made his mark with his debut film. After that film, Bhagyashree acted in many Hindi, Marathi, Telugu, Kannada and Bhojpuri films. Bhagyashree will greet the Telugu audience again now, almost two decades later, through ‘Radhe Shyam’.

She revealed that Prabhas once told her she crushed on her in the past. “Everyone, including Prabhas and director Radha Krishna Kumar, has watched ‘Maine Pyaar Kiya’. Prabhas said that he had a crush on me,” Bhagyashree revealed, breaking into a blush.

Moreover, Bhagyashree said that Prabhas hospitality was also great. He said he choked himself with a variety of dishes. “Prabhas is very friendly. I put 15 different dishes on the table to eat. ‘Prabhas, I can’t eat so much,’ he did not listen. He also gifted me Hyderabad Special Sweets along with the meal, ”said Bhagyashree.

What is the experience of playing mother to Prabhas like? “I knew people would ask me how I thought I would fit into the role. The director told me that people would love me because of the way I would be presented,” she added.

It is learned that Pooja Hegde is playing Prabhas’ partner in ‘Radhe Shyam’. Vamsi, Pramod and Prasidha are producing under the banner of Gopikrishna Movies and UV Creations, presented by Rebel star Dr. Krishnan Raju. Music is composed by Justin Prabhakaran.