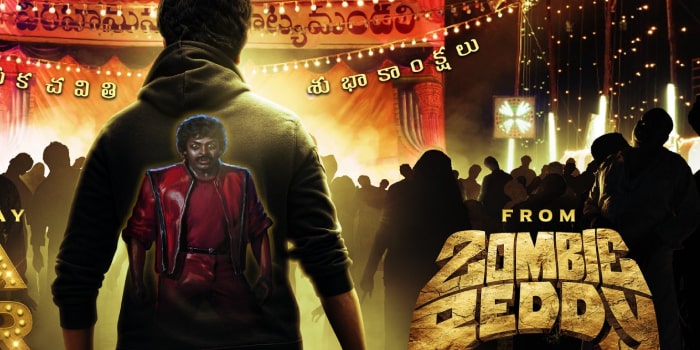 Director Prashant Verma, who announced the film with the variety title ‘Zombie Reddy’, has been maintaining suspense as to who the hero is. Yesterday, megastar Chiranjeevi left a ‘Zombie Reddy’ poster wishing him a happy birthday. In this poster, the hero standing by the room is shown from behind. Prashant Verma has challenged netizens to guess who this hero is. Clue also gave that he is a young actor who has acted in 50 films. Most people answered that it was Allari Naresh. But, that hero is not Allari Naresh.

Prashant Verma released the ‘Zombie Reddy’ first look poster on Sunday (August 23) relieving the hero of his movie. Teja Sajja has acted as a child Chiranjeevi in ​​’Indra’ and has been acclaimed by the audience as a child actor in about 50 films . Teja Sajja, who played a key role in the movie ‘Oh Baby’ starring Samantha in the lead role, is getting acquainted with ‘Zombie Reddy’ as a hero.

At first glance it looks like the zombies are going to attack him while he is holding the fresh air in the poster. When it comes to the motion poster, Tej was introduced in style wearing a shirt with a megastar Chiranjeevi doll on the back. He looks like Macho. Chiranjeevi used the popular song “What would you do if you hug Kashmora” from the super hit film ‘Donga’ as the background music for the motion poster. The first look poster and motion poster released in honor of Teja’s birthday look impressive.