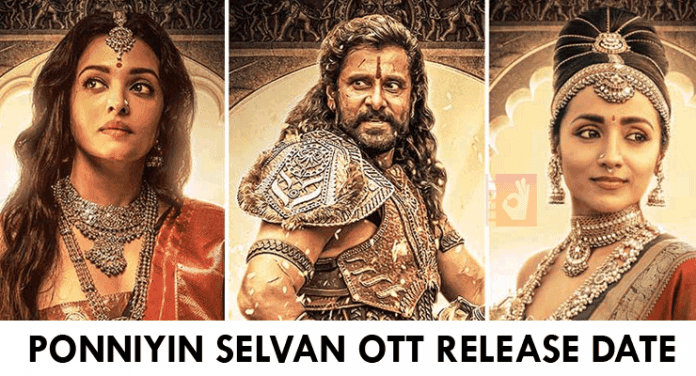 Aishwarya Rai, Trisha fans are eagerly waiting for Ponniyin Selvan OTT Release date. Everyone think initially it to be risky movie but once PS1 movie released the expectation changed. Director Mani Ratnam received contractions from many of celebrates.

Mani Ratnam’s Ponniyin Selvan film received tremendous response from the audience and movie lover from the first show. While the film failed to live up to the buzz in Telugu states, it has done good numbers in Karnataka, Kerala, and the Rest of India. Now everyone waiting for Ponniyin Selvan Part 2 (PS2).