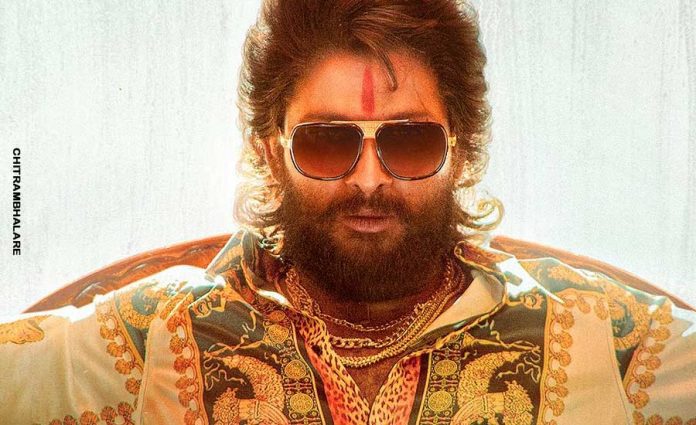 Pushpa (Telugu, Tamil, Malayalam and Kannada) is going to make an OTT release on 7 January at 8 pm with Amazon Prime Video. Amazon OTT officially announced this news and released new poster. Allu Arjun and Rashmika lead roles in this film.

However, the Hindi version will not release on OTT and continue to play in theatres as it is having a very good run and collected over Rs. 66 crores so far. This confirmation comes from the official sources of Mythri Movie Makers. Since, the reduced ticket prices caused some losses to a few distributors in AP territory.

the producers have decided to return the lost money to distributors from the overflows of OTT payment. Discussions have been going on regarding OTT release since yesterday and both parties have come to an agreement only in the evening today.

The Hindi version which has had a limited release in the USA in the past one week has been doing pretty well. To capitalise it, the distributor is going for a big release from 6 January onwards in 112 USA locations.