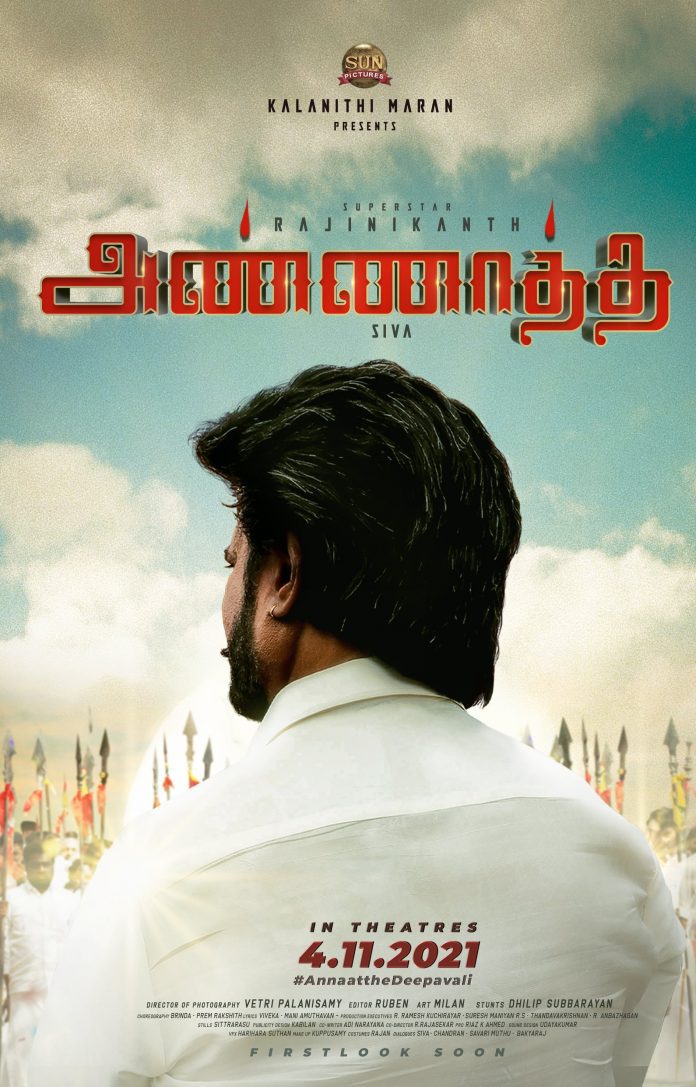 Rajinikanth next movie Annaatthe confirmed for Diwali release. The film, which was delayed due to the Covid-19 pandemic, is now all set to hit the theatres on November 4 2021. today makers of Annaatthe release new poster with release date.

The shooting of the film is on the verge of completion and the makers will kick start the post-production formalities soon. It has Prakash Raj, Soori and Sathish in key roles.