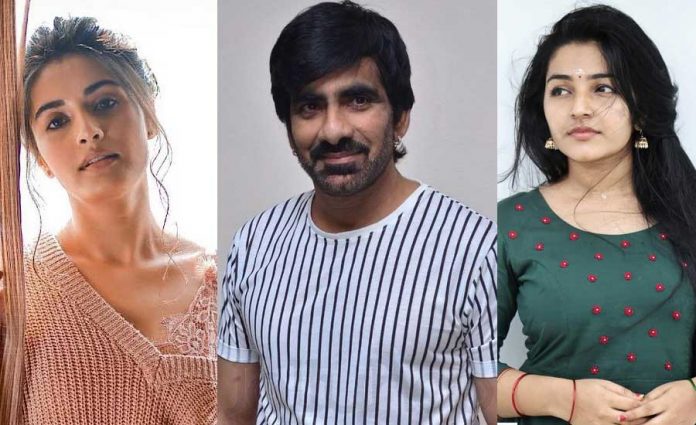 Ravi Teja currently busy with Khiladi shooting. he is also started another movie titled Ramarao On Duty under Sarath Mandava direction. The title and first look poster gets tremendous response. Now team announced Rajisha Vijayan and Divyansha Kaushik on Board for this film Ramarao On Duty.

Malayalam actress Rajisha Vijayan making her Tollywood debut and her role is very crucial in this movie. Though Ramarao On Duty is directed by a debutant, every announcement regarding the same is increasing curiosity. Moreover, every character in the film will have its own significance.

Rajisha Vijayan has joined the team for the shoot which is happening in Hyderabad for last few days. Ravi Teja and Divyasha Kaushik too are participating in the shoot. Music for the flick is by Sam CS, while Sathyan Sooryan ISC cranks the camera. Praveen KL is the editor.