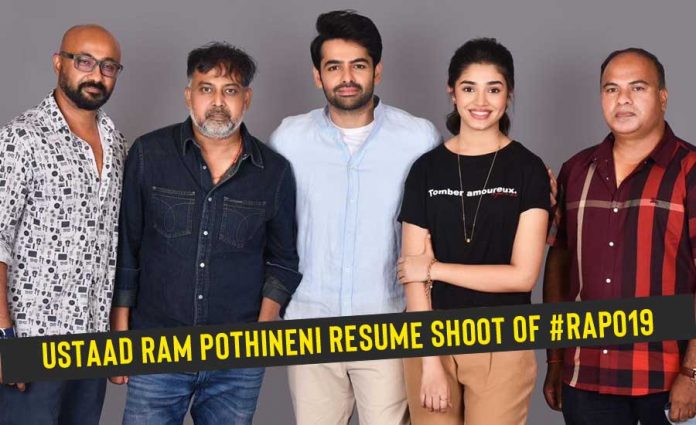 The makers announced that the film will go on floors on July 12. The production house tweeted, “The Big News is Here! #RAPO19 Shoot Commences on July 12th, Stay tuned for more updates (sic).”

The first schedule will be taking place in Hyderabad and a few crucial sequences will be shot in the same. Ram is excited about getting back to work after a lengthy break.

RAPO19 is billed to be a Oora Mass entertainer and it will feature Ram Pothineni and happening young actress Krithi Shetty in the lead roles. The film is being bankrolled by Srinivasaa Chitturi under Srinivasaa Silver Screens Banner and it will be mounted on a lavish scale. Pavan Kumar is presenting the film.

Devi Sri Prasad is composing the music for the bilingual which will be shot in Telugu and Tamil simultaneously.