Play smart is tagline of the film and we can see currency notes all over in the poster. While the title Khiladi is mass appealing, the first look poster looks interesting. Ravi Teja plays a dual role in the film produced by Satyanarayana Koneru. Bollywood production house Pen Studios bankrolls the project in association with A Studios. The film under Havish Production will have its muhurtham ceremony today at 11:55 AM.

Meenakshi Chaudhary is the leading lady opposite Ravi Teja and Dimple Hayathi will be seen as second heroine. 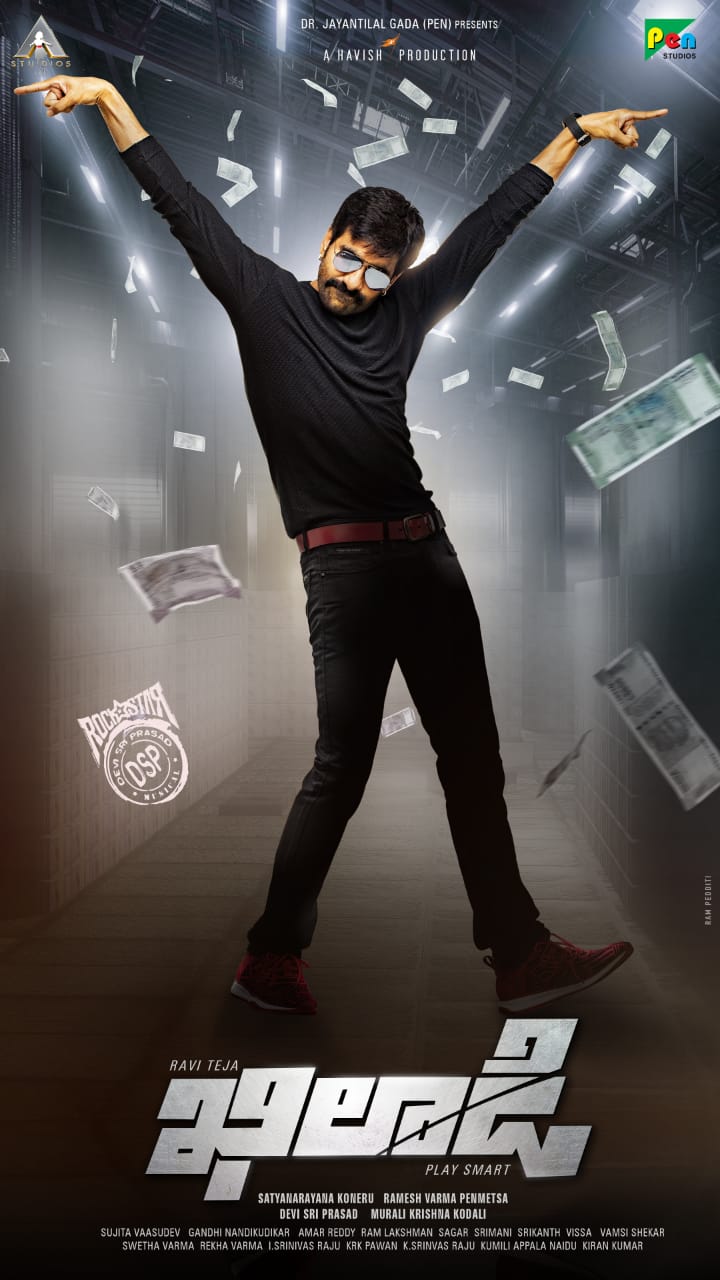 Ramesh Varma is taking extreme care and is making Khiladi with high standard technical values. He has got a perfect team of technicians such as the in-form composer Devi Sri Prasad rendering soundtracks while Sujit Vaasudev of Lucifer fame cranking the camera. Popular fight masters Ram-Lakshman duo is on board to choreograph stunts for the film which will be high on action.

Music director DSP’s brother Sagar along with Srikanth and Vissa is providing dialogues, while Srimani pens lyrics. Amar Reddy is the editor of the film.

Satyanarayana Koneru and Ramesh Varma’s is a super hit combination as they previously delivered a blockbuster Rakshasudu. The producer will be making Khiladi lavishly without compromising on budget.

The regular shoot of Khiladi begins from next month.