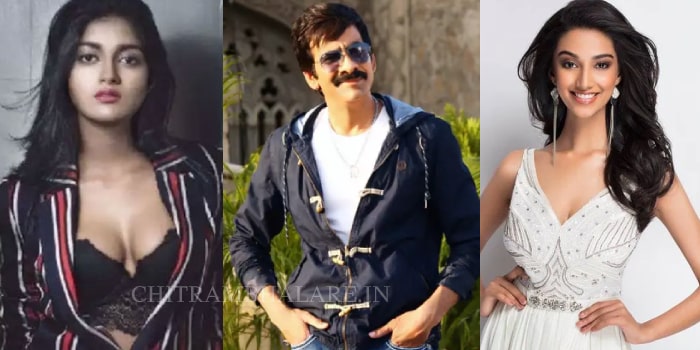 Ravi Teja teams up with Meenakshi Chaudhary and Dimple Hayathi for #RT67, It is known news that Mass Maharaja Ravi Teja has collaborated with Ramesh Varma for a film, in which he will be seen playing the dual role.

the film will star Meenakshi Chaudhary as the female lead and Dimple Hayathi as the second lead. Rest of the details of the cast and crew are awaited. Ravi Teja recently resumed shooting for Gopichand Mallineni’s masala flick Krack, which will see Shruti Haasan as the female lead.

Telugu actress Dimple Hayati is best known for her song ‘Jarra Jarra …’ in ‘Gaddalakonda Ganesh’. She had earlier acted as the heroine in two or three short films but did not get proper recognition. Prabhu Deva also appeared in ‘Abhinetri 2’ which came in a Tamannah combination. Now that Ravi Teja has struck a chord in the film, it can be said that the Dimple stage is back. Meenakshi Chowdhury, who was chosen as another heroine, is currently starring with Sushant in the movie ‘Ichata Vahanamulu Niluparadu’.