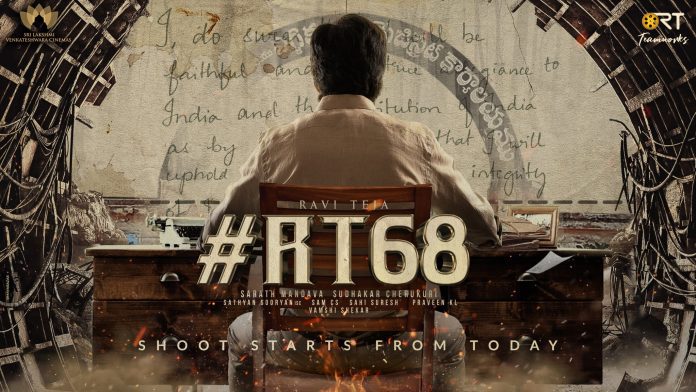 The schedule will feature some key scenes involving Ravi Teja and the rest of the main cast. While Ravi Teja is sitting on a chair, a board called the Executive Magistrate’s Office appears on the opposite side. The poster also shows an old letter sworn in by a government official.

it is understood that Ravi Teja will be seen as a government employee in the film. This special action thriller is screened with a story based on real events. In this, Ravi Teja is playing a new role that he has never seen before.