The makers of Sarileru Neekevvaru have revealed its first song Mind Block will be released on December 2. Now all eyes are set on whether it will beat the records of Samajavaragamana and Ramuloo Ramulaa, the chartbuster tracks from Ala Vaikunthapurramloo (AVPL).

Sarileru Neekevvaru and Ala Vaikunthapurramloo are set for release on January 12 and it is going to be a clash between the titans during Sankranti 2020. The makers of Allu Arjun’s film have already released three songs and two of them have received a historical response. The fans of Mahesh Babu had been urging the producers of his next movie to unveil its songs for quite some time now.

Ala Vaikunthapurramloo’s first and second songs – Samajavaragamana and Ramuloo Ramulaa have registered 100 and 77 million views on YouTube. Devi Sri Prasad has come under a lot of pressure due to the huge response for the two songs. Mahesh Babu’s fans are expecting him to deliver songs for Sarileru Neekevvaru that will match the standards and popularity of the soundtracks from the Allu Arjun starrer. 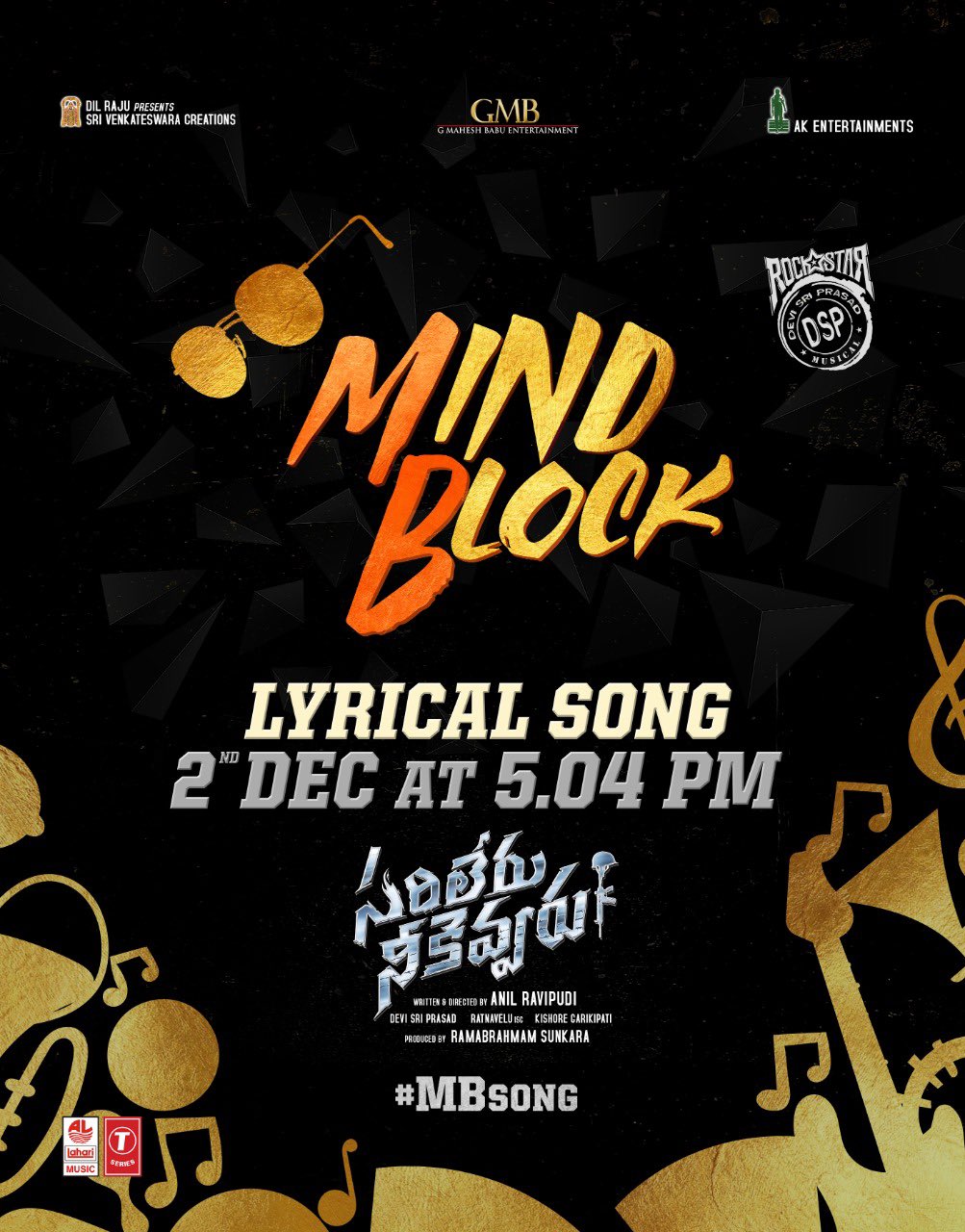