The makers of Nishabdham unveiled the first look of actress Shalini Pandey from the film. She looks intense, sporting a grim expression on her face that is sure to leave many intrigued. She will be seen playing Sonali in the movie.

Nishabdham starrer Madhavan as a celebrity cello player Anthony while Anushka Shetty as a mute artist named Sakshi. Anjali plays a ferocious cop in the film. Hollywood actor Michael Madsen is her subordinate. Madhavan and Anushka had shared screen space in Rendu in the year 2006, and they are teaming up for Nishabdham after 13 years now.

Well-known Gopi Sunder would be composing music for Nishabdham while Shaneil Deo of Goodachari fame is the cinematographer. Kona Venkat and TG Vishwa Prasad are producing the film under the banner Kona Film Corporation in association with People Media Factory. Nishabdam will release in multiple languages, including Telugu, Tamil and English. 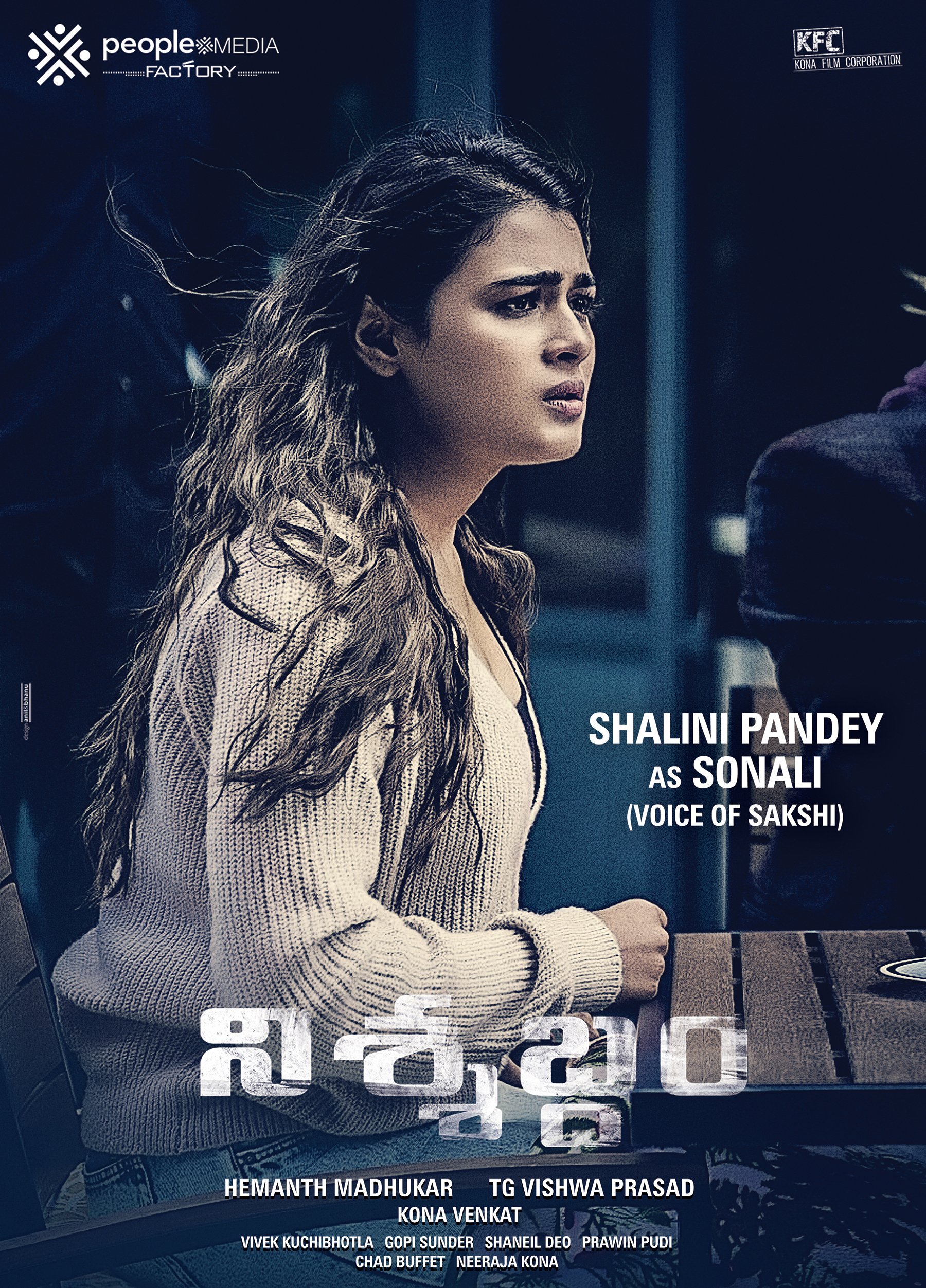