Matinee Entertainment has today announced their Production No 9 with hero Sree Vishnu and director Teja Marni of Johaar Fame. Proving to be a perfect choice for unique subjects, Sree Vishnu picks another intriguing concept. Teja Marni, on the other hand, won rave reviews for his very first film Johaar. The first collaboration of the hero, director, and producers is irrefutably one of the most interesting films of 2021. 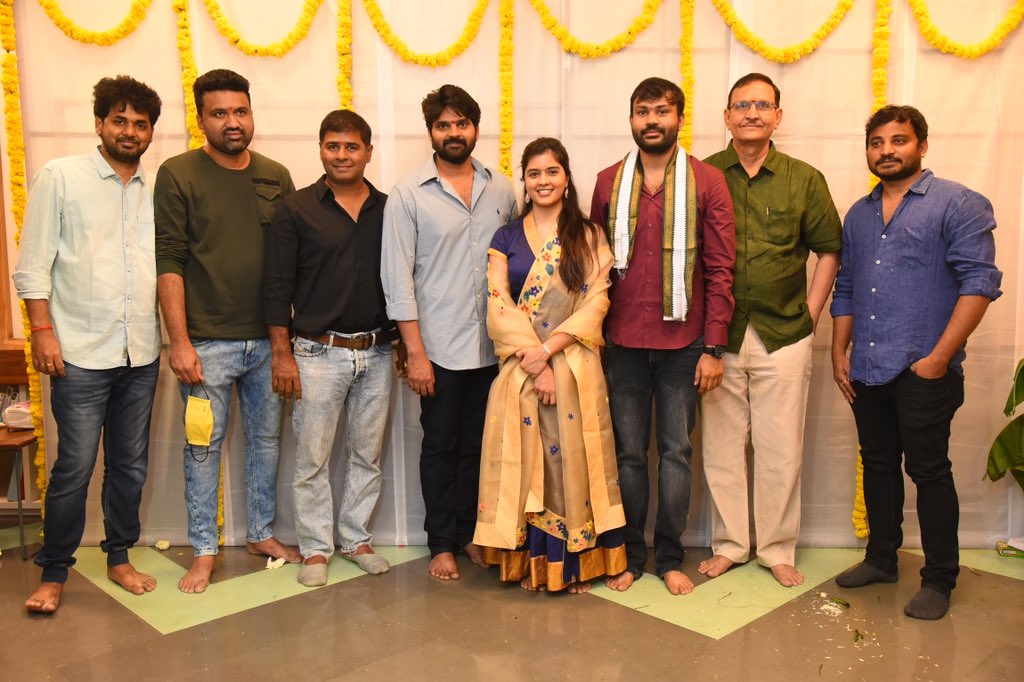 Billed to be a caper comedy, the yet to be titled flick was launched today with a Pooja ceremony at Matinee Entertainment office in Hyderabad. The script was handed over to the makers by Anvesh Reddy, Sree Vishnu, and Amritha Aiyer. Clap was sounded by director Vivek Athreya, wherein camera was switched on by Sivalanka Krishna Prasad and first shot was directed by Swaroop RSJ. Regular shoot begins this month.