The team of Mass Maharaj Ravi Teja 66th film are making sure that it stays in news with fading away. They are revealing the cast and crew one after the other increasing the hype over this film.

After an official announcement, the makers announced that Shruti Hassan is onboard as the heroine in this film. Now, the makers announced the arrival of multi-talented Tamil actor Samudrakani into their team. He became a regular face in Tamil cinema. Ravi Teja will be seen as a tough police officer in#RT66. movie will be launched some time in this month with a formal pooja ceremony.

Now, Ravi Teja is shooting for Disco Raja under VI Anand’s direction. #RT66 film is directed by Gopichand Malineni and produced by Tagore Madhu. Thaman who is in super form is composing music for this police story. 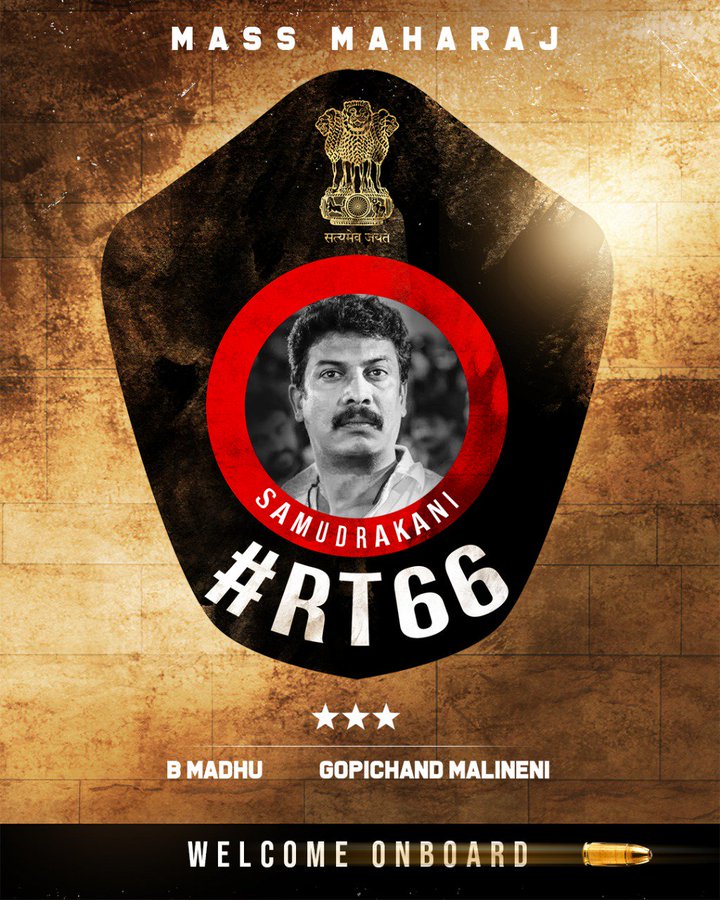