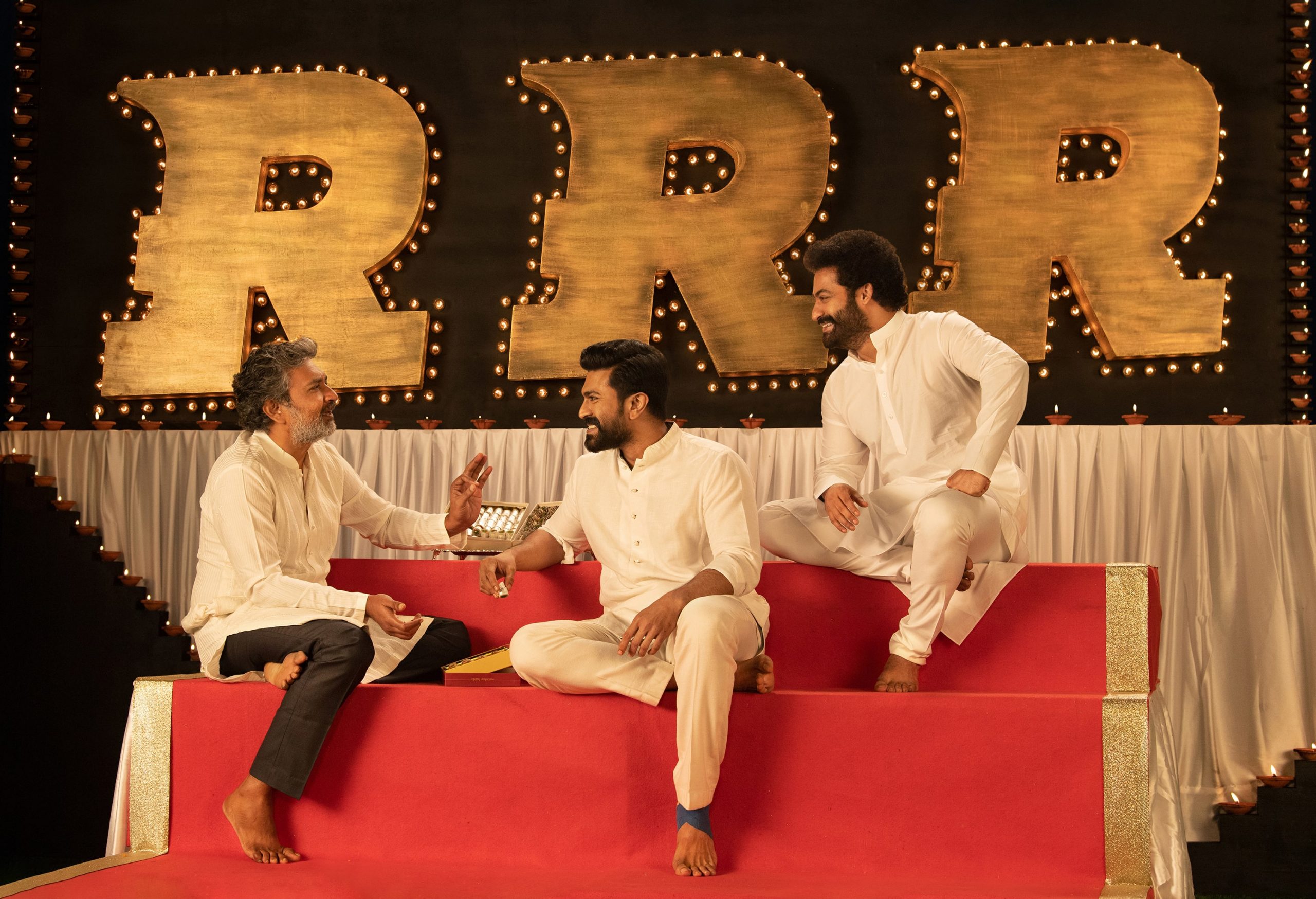 It is known that the whole country is waiting for the release of the movie ‘ RRR ‘ directed by Rajamouli . Ram charan as Alluri Sitaramaraj and NTR as Komaram Bheem . The recently released Ram Charan and Jr NTR teasers have further raised expectations on the film. ‘RRR’ has given a Diwali gift while the audience is eagerly awaiting any surprise from the occasion of Diwali.

The film unit released photos of Rajamouli, NTR, Ram charan sitting and talking in traditional attire and wishing the audience a happy Diwali. These photos have now gone viral on social media. Rajamouli is always careful not to disappoint the audience despite the delay in shooting of the film. The film is currently shooting in Hyderabad

stars like Ajay Devgn, Alia Bhatt, Ray Stevenson, Alison Doody, Olivia Morris. The film is being produced by DVV Danayya under the DVV Entertainment banner with a budget of around Rs 450 crore.