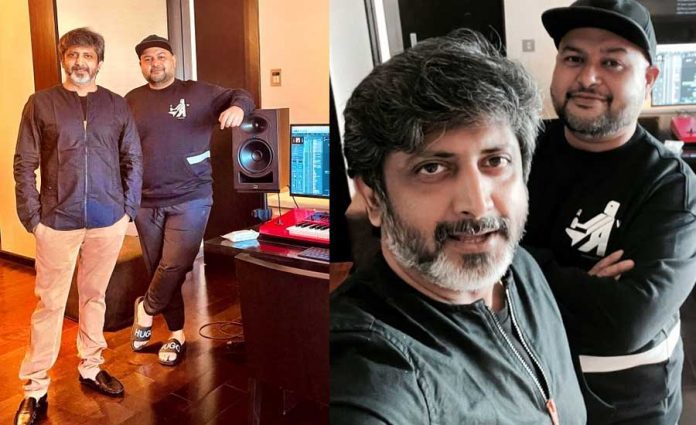 The Telugu remake of ‘Lucifer’ is also one of the movies signed by megastar Chiranjeevi. Mohan Raja is directing the film. The movie ‘Acharya’, which is currently being directed by Koratala Shiva, is almost complete. Once that is done Chiru will start shooting for the ‘Lucifer’ remake. Latest Update is Music director Thaman stated work for this film.

However, Thaman recently tweeted. Posted photo It includes both directors and music directors. he says remake music sittings are going on. Considering the mass image of Chiranjeevi, the director included all the commercial ingredients and Chiru too was contented with his work.

Chiranjeevi153 is a joint production venture of Konidela Production Company and Super Good Films. RB Chowdary and NV Prasad are the producers. The film is likely to go on floors, later this year, after Chiranjeevi wraps up Acharya.