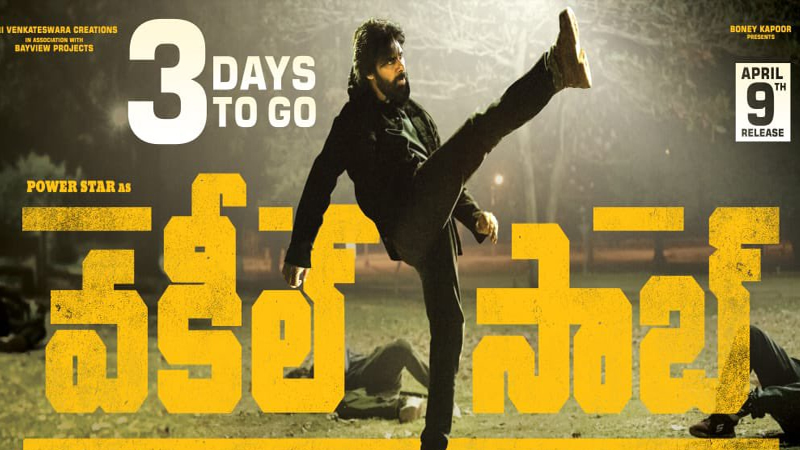 The stage set for Pawan Kalyan Vakeel Saab release after long gap. we already known Vakeel Saab is remake of Hindi Pink movie. Nivetha Thomas, Anjali and ananya nagalla playing lead roles. There is a lot of buzz on this courtroom drama which is hitting the screens on April 9th. The trailer got a great response and fans are aiming to set the cash registers ringing on the first day.

On the whole, ‘Vakeel Saab’ should earn more than 90 crores to enter the safe zone. Though Pawan’s stardom is the film’s biggest USP, the sensitive subject and the classy content may become a problem for the masses. Let us see if this message-oriented film rises above its hurdles or not.