Venky Mama movie starring Venkatesh and Naga chaitanya. `Gopala Gopala is directing fame Bobby. People’s Media Company is producing the film along with D. Suresh Babu. Bobby’s attempt to combine his uncle and son-in-law has huge expectations. The teaser released so far .. The first look posters got a good response. Dussehra was trying to impress Diwali with posters.

Now, movie makers lock date to release for fist single on On 7th Nov. Venky Mama seems to have fixed the release date. movie is set to release on December 13th. It seems that the team will officially reveal this to the media. It is coming two weeks before the December 13th Christmas holiday. Venky Mama is getting together for another movie to the same date. Three big films are due to be released on December 20. Ruler-prathi roju pandage-Discoraja films are releasing on Christmas. This means that the movie will have scope for the week. 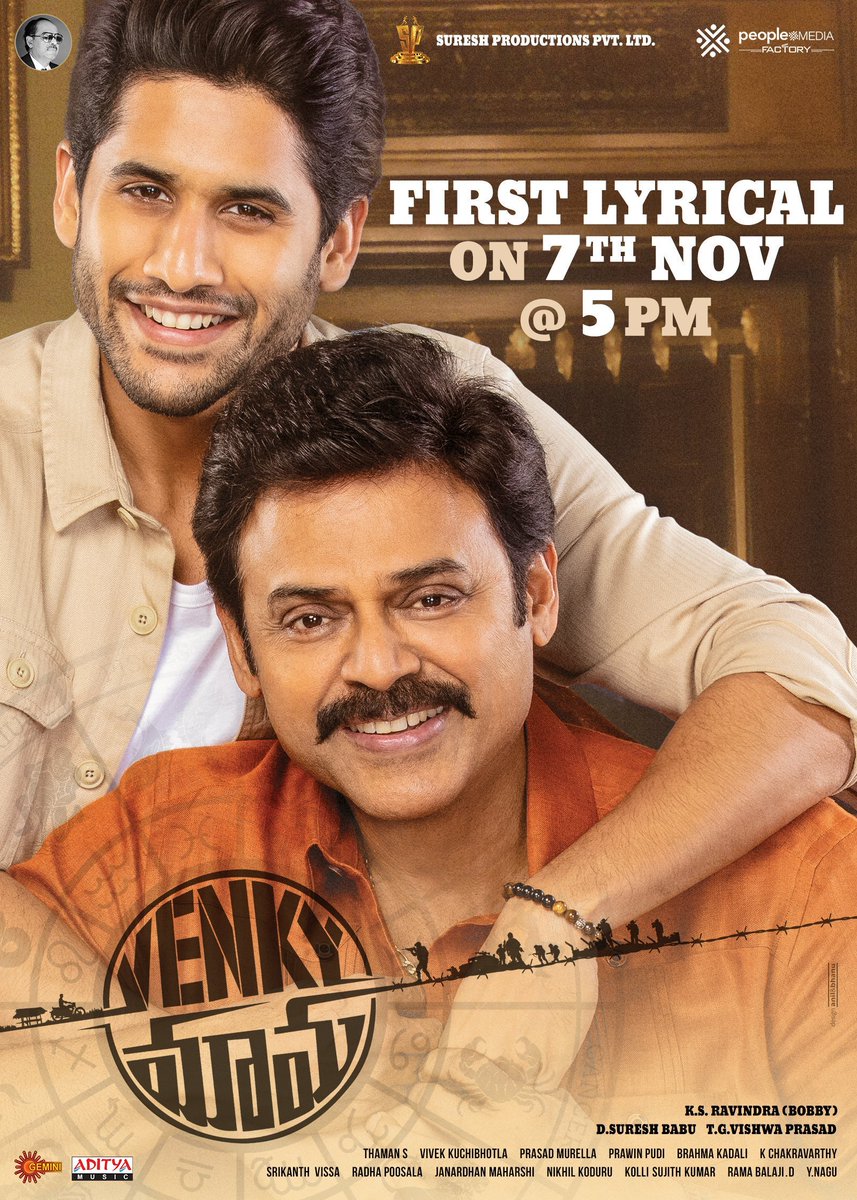