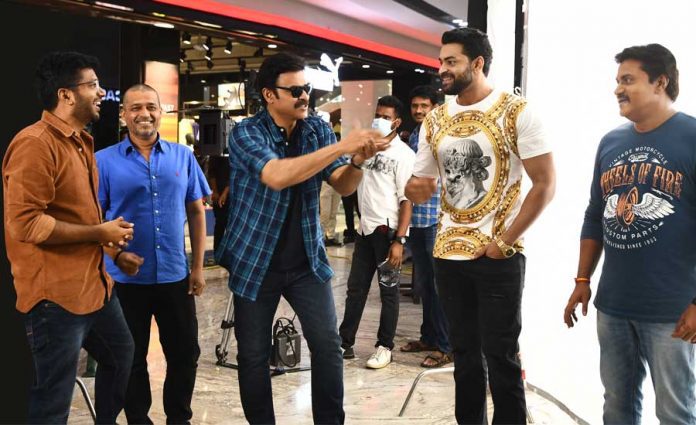 We already known that Venkatesh and Varun Tej doing F3 movie squeal of F2 will be director by Anil Ravipudi. latest update is the team of F3 is resume shooting with star cast from today in Hyderabad.

Under strict protocols, the team kickstarted the shooting in Hyderabad and Anil Ravipudi is focused on finishing the film at a rapid pace.  due to corona second wave shoot has been halted and now team back to sets. Tamannaah and Mehreen lead roles in this film.

Devi Sri Prasad is the music director while Sai Sriram is the DOP for this big-budget project produced by Dil Raju under his banner Sri Venkateswara Creations. more details soon.