The film which has been described as a love story between a mama and his alludu by the director sees Venkatesh play the role of a farmer and Naga Chaitanya as an army soldier. Payal Rajput plays the role of a teacher and Raashi Khanna that of a filmmaker. Director Bobby has reinstated that the female leads don’t just exist in the film as glam-dolls but will serve a purpose and move plot-points. The first half of the film is touted to be entertaining while the second half will delve deeper into the mama- alludu relationship. The trailer hints at the film also having a horoscope angle and it remains to be seen how it’ll all fare out. ‘Venky Mama’ sees music by Thaman S and it has been received well by fans. 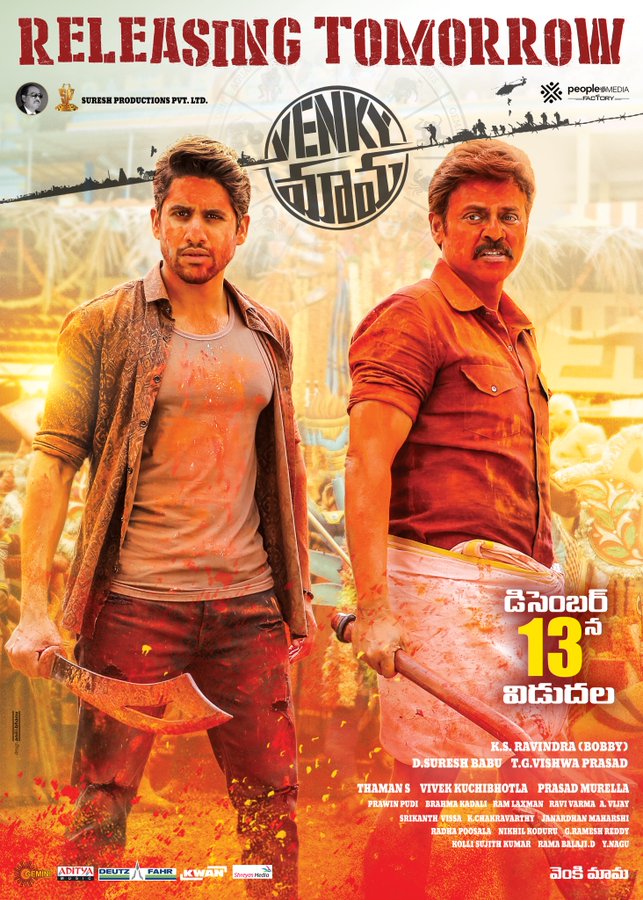