The trailer of Naga Chaitanya and Venkatesh Daggubati’s Venky Mama – directed by KS Ravindra (Bobby) – has been unveiled after a long wait and fans are going gaga over the charming chemistry of the uncle-nephew duo.

Venky Mama’s trailer promises to be an action and comedy entertainer. It has two different tones which give us an idea about how the movie is going to be. The first half of the trailer contains the comic scenes while the rest of the trailer is about the duo’s beautiful bonding. In the latter half, we can see both the actors in action as army officers. 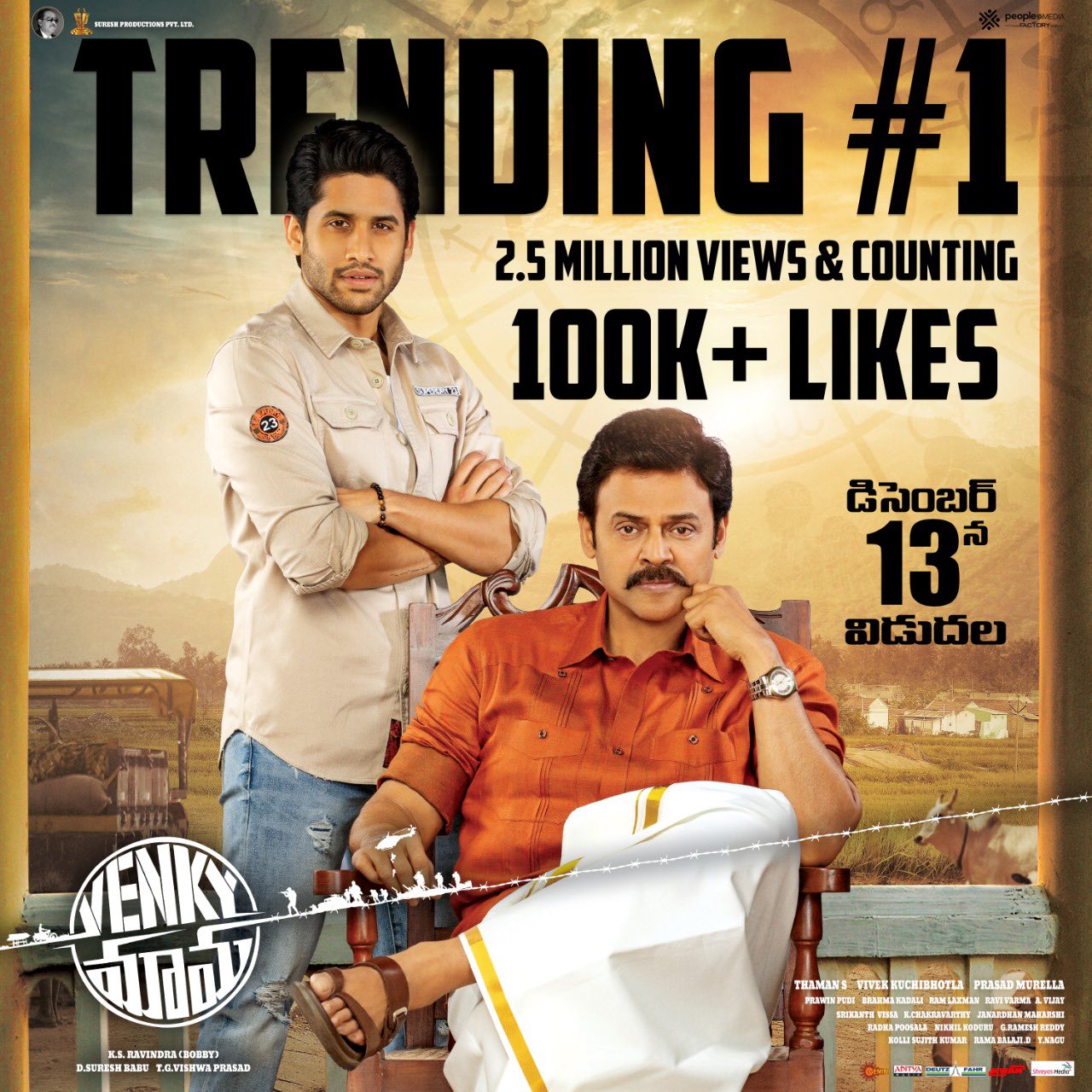 Naga Chaitanya is seen as a soldier on the border and Venkatesh, who has not seen his nephew for the last three years, gets into complete action mode to get a glimpse of him. The film is a perfect entertainer that will be loved by the audience of all age groups.

Raashi Khanna is playing the ladylove of Naga Chaitanya and Payal Rajput of Venkatesh Daggubati in Venky Mama. This is the first time the actors are pairing up with each other. Payal Rajput is playing a Hindi teacher in the film and looks gorgeous in the trailer.

The film is produced by Suresh Babu under Suresh Productions and marks the first collaboration of Naha Chaitanya and Venkatesh. Earlier, Venkatesh made a cameo in Naga Chaitanya’s Premam.