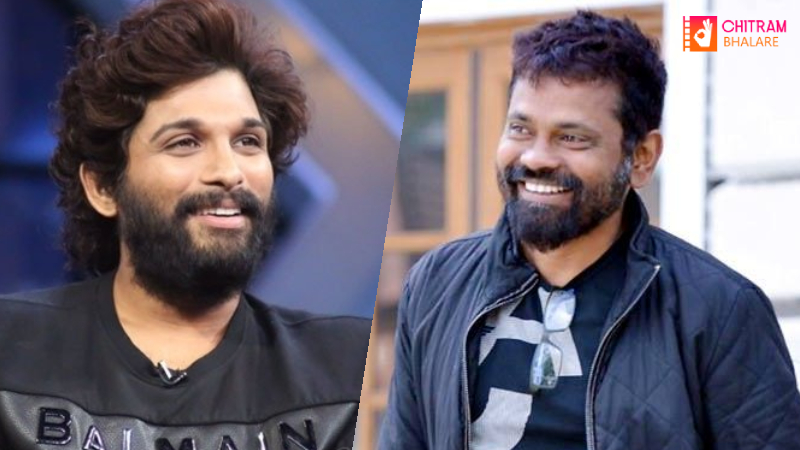 we already known that Allu Arjun working with director Sukumar for Pan India movie Pushpa. the shooting for the pushpa is final stage. hot beauty Rashmika sharing screen with Allu Arjun first time. The teaser of the film, which has already been released, has impressed the audience. rumors rounding on Pushpa movie story and it is reported that the movie story has been leaked online.

The tribe is spreading the word on social media that this is the ‘Pushpa’ story. It is rumored that Sukumar has written the story ‘Pushpa’ based on the story of the movie ‘Villain’ created by the legendary director Mani Ratnam. Mani Ratnam made the film ‘Villain’ in Ravanasurya’s point of view. The movie is about how the hero takes revenge on the villains for the injustice done to his sister. However, Sukumar also said that he has screened ‘Pushpa’ based on this story.

The makers had earlier announced that Allu Arjun will also have a sister role in ‘Pushpa’. It is reported that Aishwarya Rajesh is playing the role. With this, news is coming that the main storyline of this movie is that Pushparaj will take revenge on those who wronged his sister. And did Sukumar really copy the movie ‘Villain’? Or ..? Knowing that means waiting a few more days.

‘Pushpa’ under the banner of Mythri Movie Makers. Devi Sri Prasad composed the music for the film. Famous Malayalam actor Fahad Fazil played the role of the villain.