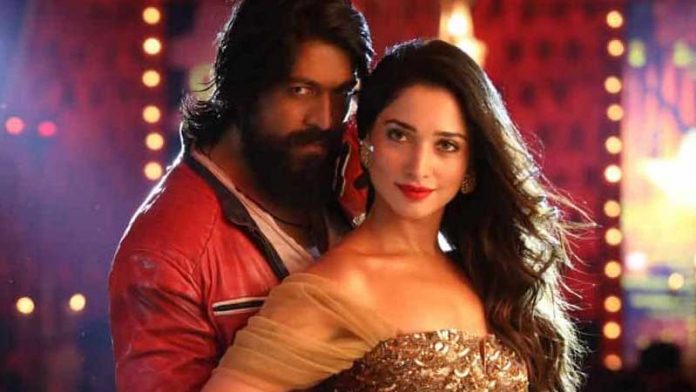 Kannada star hero Yash lined up next movies pan india level. his next movie KGF Chapter 2 post production work going on. After this film, Yash will be making a film with Kannada director Northern. Yash will be seen in the role of Powerful and Angry Army Officer in this movie. As per the buzz in industry circle, Tamannaah will romance the handsome hunk in this film.

Yash remembers Tamannah doing a special song in the first part of ‘KGF’. Tamannah , who is well known in both southern and northern languages will pulse point for this film. It is now being heard that Narthan is also in discussion with Tamannaah to play the female lead in it. It seems that the Narthan team is waiting for Tamannah final call.

If everything goes well, she will get a promotion and do a full-length role alongside him. Currently, Tamannaah is busy with the works of her upcoming Telugu films F3 and Gurthunda Seethakalam.